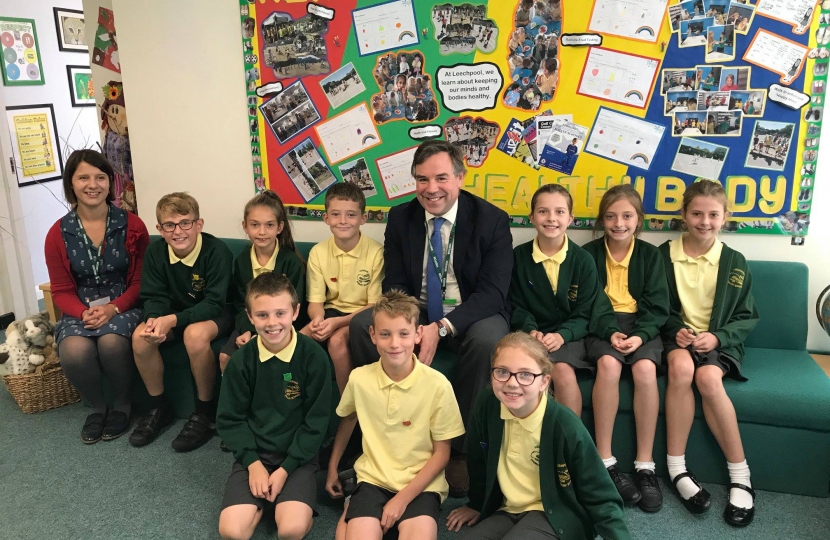 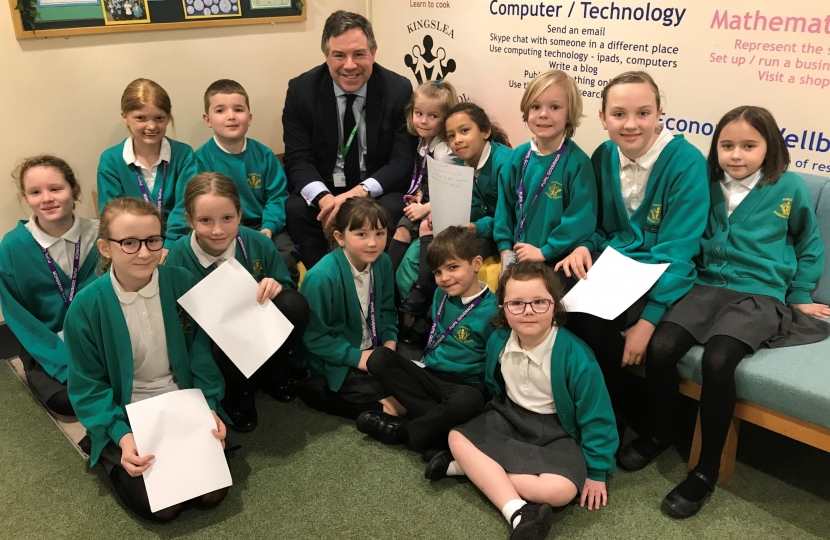 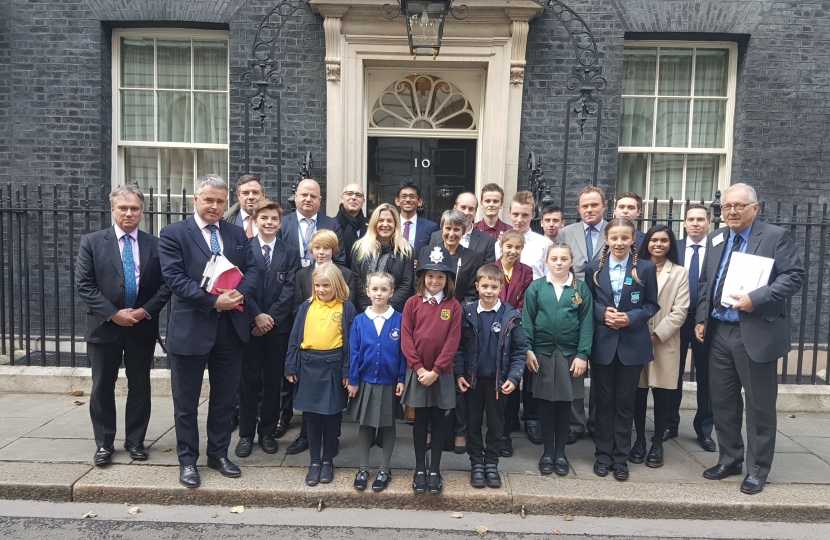 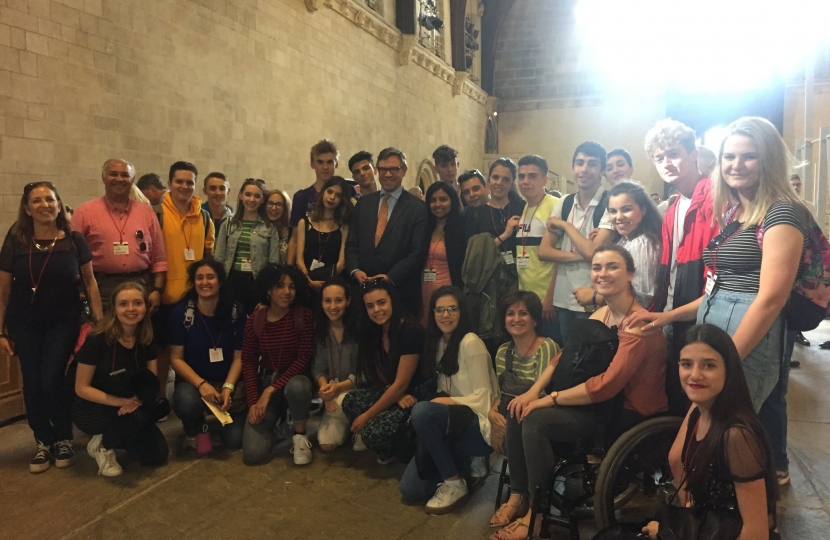 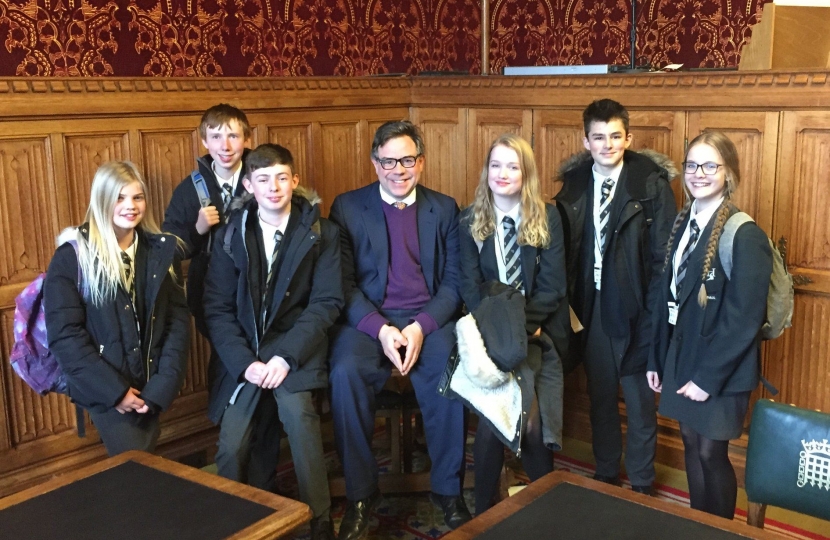 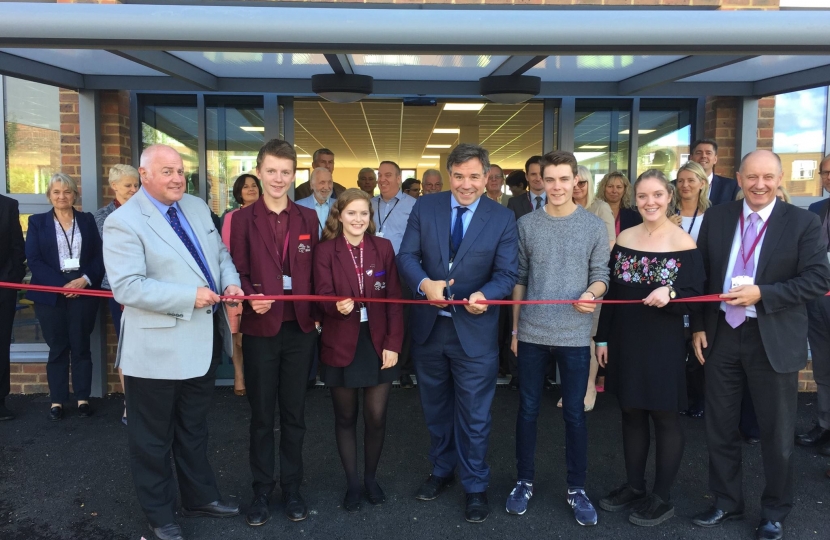 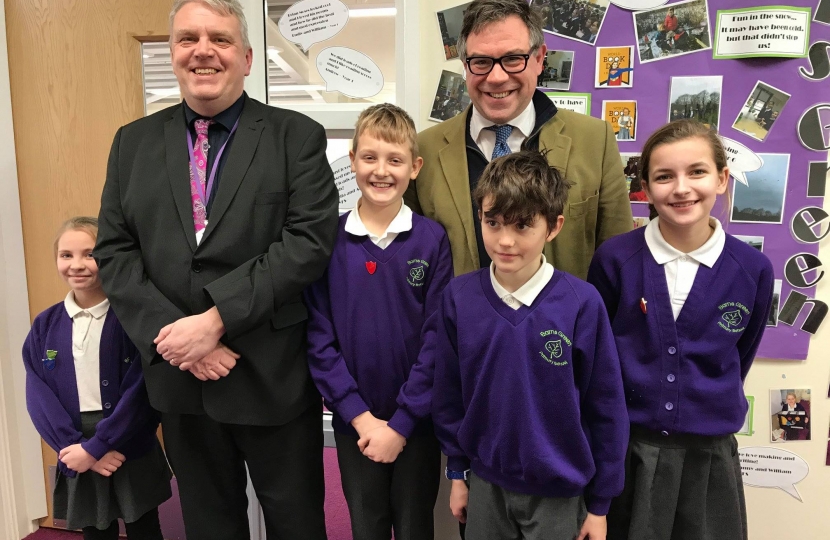 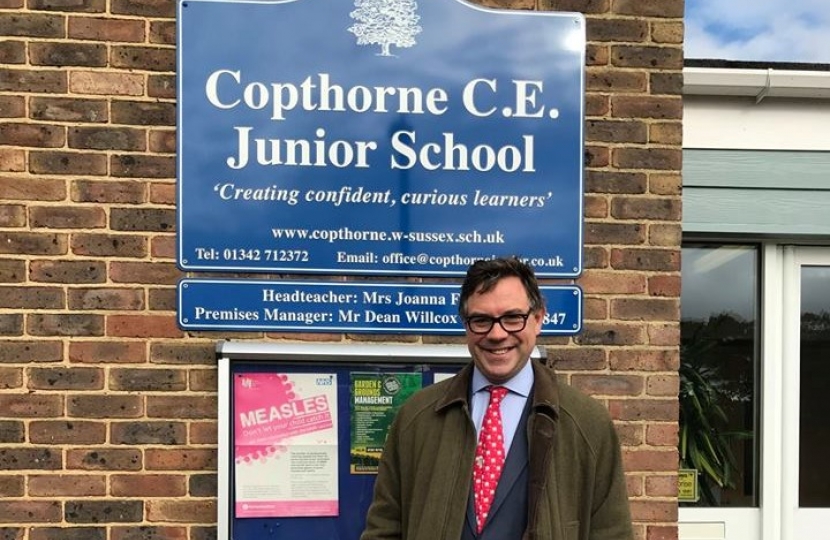 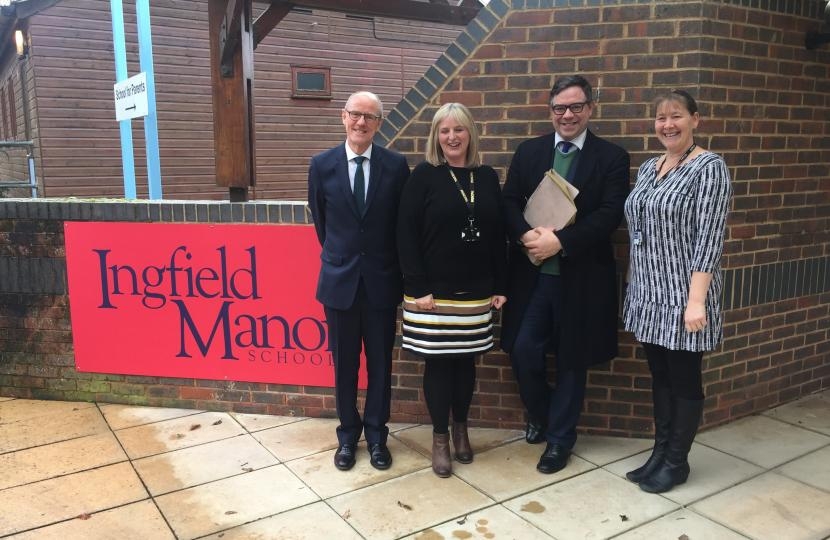 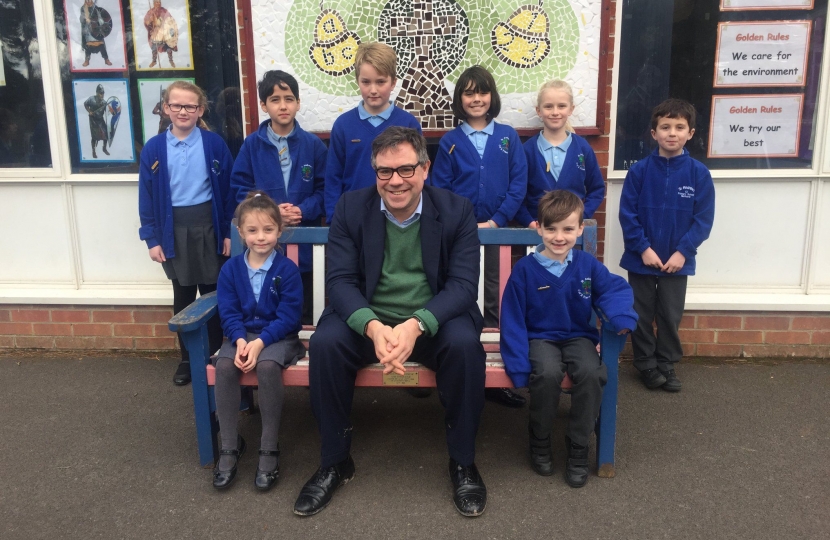 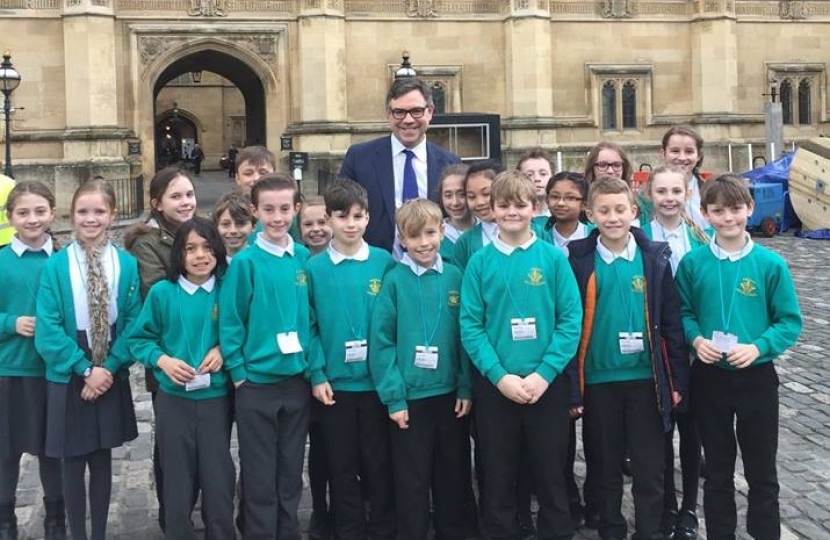 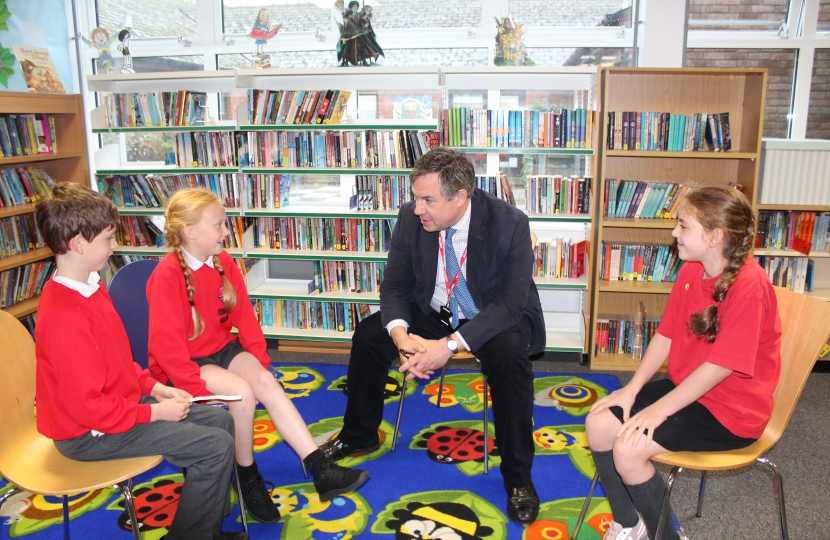 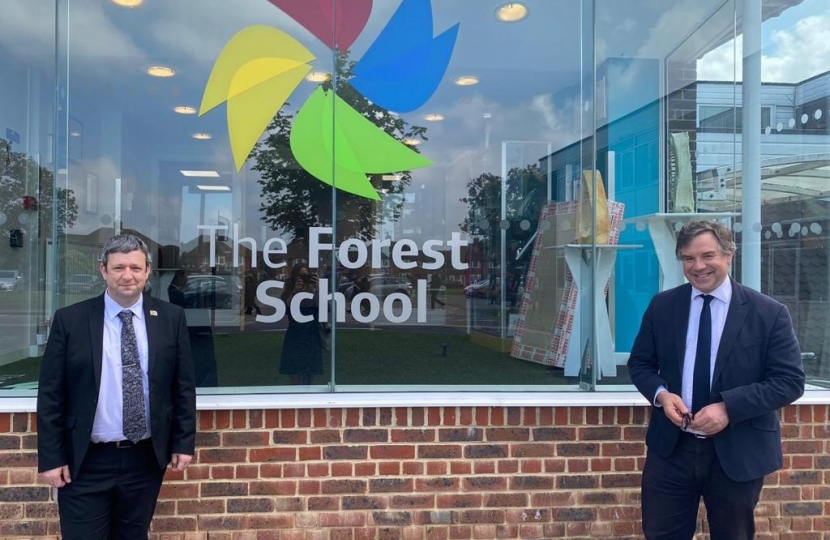 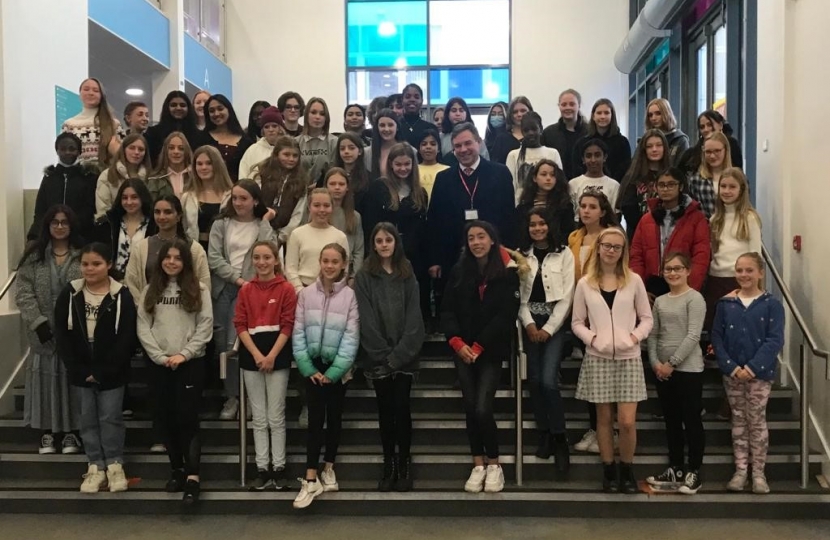 Our area is rightly very proud of the quality of our local schools and teaching - and of the successes of local students.  Local Schools and Colleges have an enviable reputation and standards are high.  While there is further to go it was particularly pleasing to see a significant improvement in local primaries’ Key Stage 2 results (and some terrific individual results) as this has been a comparatively weak area across the county as a whole.

Higher funding is only one of many elements that drive educational success but ensuring schools get the right resources is incredibly important.  The independent Institute for Fiscal Studies has found that real terms per pupil funding for 5 to 16 year olds in 2020 will be more than 50 per cent higher than it was in 2000 and the OECD’s (2015) statistics suggest that the UK appears to spend the highest percentage of its GDP on institutions delivering primary and secondary education compared to other G7 countries.  It is right that we invest heavily in education and it is important that schools on a comparative basis get their fair share.

Virtually the first meeting Jeremy conducted when he was first-elected as an MP in 2015 was with the then Education Secretary to demand that the Government honour the Conservative Manifesto commitment to introduce fairer and more transparent funding for schools.

Jeremy, alongside West Sussex MPs, campaigned hard on this issue regularly meeting with local Headteachers and Ministers and holding Parliamentary debates  to fight for increased resources for local schools,

Jeremy was delighted that, as a result of months of campaigning, the Government brought forward changes to the funding mechanism, resulting in a transparent formula aimed at ensuring that every pupil anywhere in England with the same characteristics would be moved towards receiving the same funding (adjusted for local costs).

This was a real victory for our schools and as a direct result our schools are seeing real increases in their funding.  Jeremy was particularly pleased to see a minimum per pupil funding guarantee.  He had demanded this in Education Questions and in PMQs and its delivery directly helped local secondary schools: who received an average funding boost of 11 per cent.

However, Jeremy does recognises that costs have also increased, often beyond the additional specific funding support provided by the department on issues such as teachers pay and pensions,  Jeremy has continued to meet with Headteachers to discuss their funding concerns.  In particular he has focussed on “High Needs” funding.  Jeremy and local MPs met the Education Secretary to press for progress on this issue twice before a significant funding increase (of £250m over two years) was announced to support this critical area and in doing so help every school support every pupil.  Jeremy has since met County and Heads to discuss how best this funding (and the promise of capital support) can be deployed.

Please see below for updates from Jeremy on our schools:

I visited St Robert Southwell Primary School in Horsham to touch base with the Head and discuss with Year 6 pupils the role of Parliament and Government.

I was deeply impressed by the knowledge the children already had about Parliament and enjoyed answering their questions.

When any of us are taken critically ill we want an ambulance (and paramedic) alongside us as quickly as possible.

It has been a real pleasure to see Bohunt Horsham grow as a school from its temporary base.

It was great to see Southwater Junior and Infants Academies this morning and talk to staff and pupils.

Everyone very happy to be back and it was good to see the "new" classrooms and hear the plans for improving the playground.

It was great to visit Bohunt School and hear how the school continues to thrive.

We are all keen to see the school move to its new purpose built facilities in the New Year.

The Challenges of Returning to “Normality”

It was great to have another sunny weekend attending local events including the West Grinstead Ploughing Match - held in Partridge Green in its 150th Anniversary Year - and Balcombe Fete, this weekend is busy again with many events taking place including the Barns Green Half Marathon.

Congratulations To Our Students

Congratulations to the students who received their A Level and Level 3 Vocational results this week.  I am delighted for Sarah Edwards at the Weald and Dan Lodge at Collyers and their teams that all their efforts supporting their students over the past difficult year, have come through – and even

A Thank You to Teachers

This week, the Prime Minister confirmed that Step 4 of the Roadmap will go ahead on the 19th July.

It was fabulous to see the team at Greenway Academy and see Year 6 beginning their first rehearsal of their summer play. It will be an outside production, allowing for parents to watch and be socially distanced. It looks great fun!

The direction of travel out of Covid restrictions is now clear.  Absent a dramatic change in the data, from 19th July we can expect a rapid return to “normality” in most aspects of our daily lives.