Apprenticeships for the Future 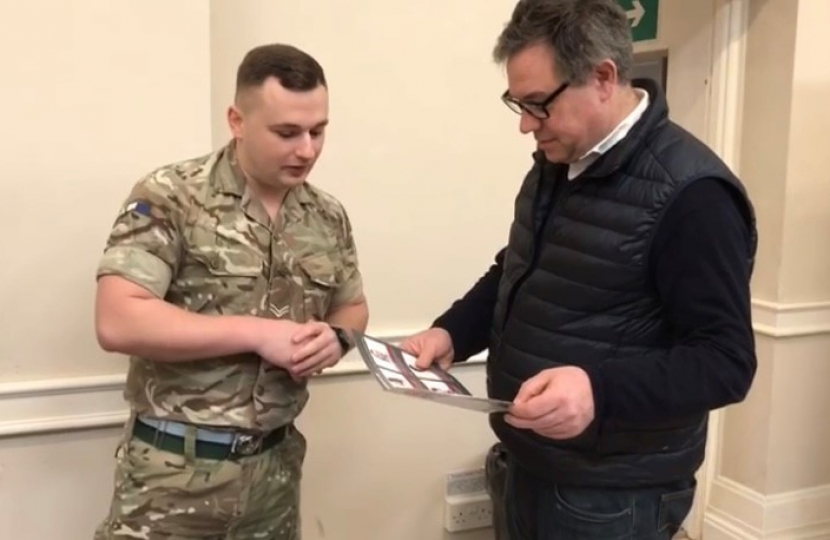 Last week was National Apprenticeship Week, an opportunity to consider how best to begin one’s career or learn a new trade. University isn’t the right path for everyone, and it is brilliant that the Government is working to ensure everyone receives the best start to their career. As a Defence Minister I met last week apprentices working on our future radar systems in Edinburgh and apprentices in Defence Science and Technology, I also attended the Drill Hall last weekend looking at the offers great local businesses and organisations are making available for those looking to learn on the job. There was a wide range of employers there from the private and public sector, including the Police and Armed Forces and those in the care sector talking about the vital work, they do. Among those present were financial service companies and consultants, including Schroders Investors Management which has just been established in North of Horsham. There were also cutting-edge local manufacturers, such as Thomas Keating Ltd, whose precision engineering is used for some of the world’s most innovative satellites. The event, organised by HDC, did a fantastic job at getting prospective employees and employers together in the same room. My thanks go out to Cllr Christian Mitchell and Leigh Chambers of HDC whose hard work makes this successful annual event possible.

Nationally, I am glad the Government has recognised that employers are continuing to face increased challenges in hiring new apprentices, the Chancellor has extended the payment scheme set up last year and increased the payment given to employers to £3,000. The number of apprenticeship’s rose by 38% in Horsham during the year 2010/11 and had, until the pandemic, been steadily growing. I hope now that with the fastest economic growth in the G7, we will be able to build on the success of the past ten years. It is also good news to hear that Gatwick are offering 2,600 vacancies and apprenticeships.  After a difficult couple of years, it is good to see this local employer feel more confident about the future. They offer a range of programmes, with applicants learning in college and gaining hands on experience, resulting in a nationally recognised qualification. Applications close on 7th March, and I encourage anyone who is interested to apply.

The Government has developed a range of resources to help people find apprenticeships and traineeships and the Horsham Apprenticeship Fair website is full of ‘on-demand’ resources.

Meanwhile the focus on Ukraine, of which I have written before, continues.  As I write those of us in the MOD and across Government continue to do our utmost to deliver on both deterrence and diplomacy.