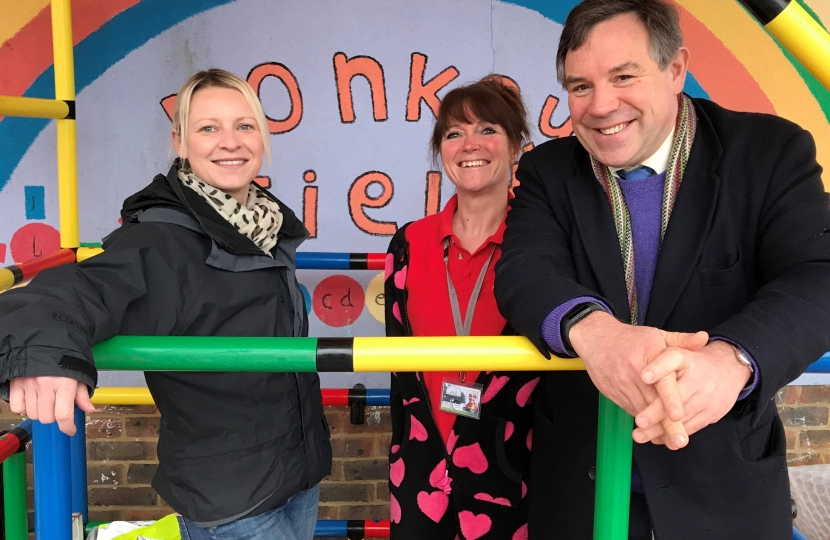 Education at all levels in and around Horsham has an enviable reputation. However the county seriously lagged the national results in primary at Key Stage 2 which was a source of concern. I was therefore delighted that the recently published 2018 Key Stage 2 results show a very significant improvement and narrowing of this gap. A number of schools within the Horsham constituency have seen a massive increase in the proportion of pupils achieving the expected standard in reading, writing and mathematics. It is invidious to mention specific schools as so many have done well but Arunside has seen a doubling of its results to exceed the county average and Holy Trinity School, Lower Beeding acheived the best results in the county hitting 86% compared to a national average of 64%. All Saints, Horsham was just behind Hoky Trinity at 84%.

Many schools have exceeded both the County and National average. This is a great achievement for these schools, their staff, governors and pupils.

Two schools with significantly improved results: Barns Green Primary School and Holbrook Primary School I visited recently and it was a pleasure to congratulate the Heads, staff and of course, pupils. Academic results are not the only driver of a successful school, far from it. However they do matter, as does the school’s skill in helping students to do better and achieve their potential whatever their starting point and whatever their eventual success.

After years of relative decline I know many will have been delighted to see the UK turning the corner last summer and heading back up the international league tables of academic success. The ability of these young people and our economy to thrive in the future will increasingly rely on good education and flexible skills: the foundations of which are laid in the earliest years.

One example of young people learning great skills outside the classroom is the Horsham Life Saving Club who I recently joined for their annual presentations ceremony. It was an excellent evening and I was particularly impressed by their newest venture: the ‘Rookies’ team who train youngsters in life saving techniques. Anyone interested in attending one of their sessions, or learning about their life-saving sessions, should visit the Club’s website at:https://www.horshamlifesavingclub.co.uk/index.html

Photo caption: Jeremy Quin met the team at the Donkey Field Pre School, Crawley Down to congratulate them on winning a significant grant from Aviva to refurbish their outside learning space.