The Challenge for the Next PM 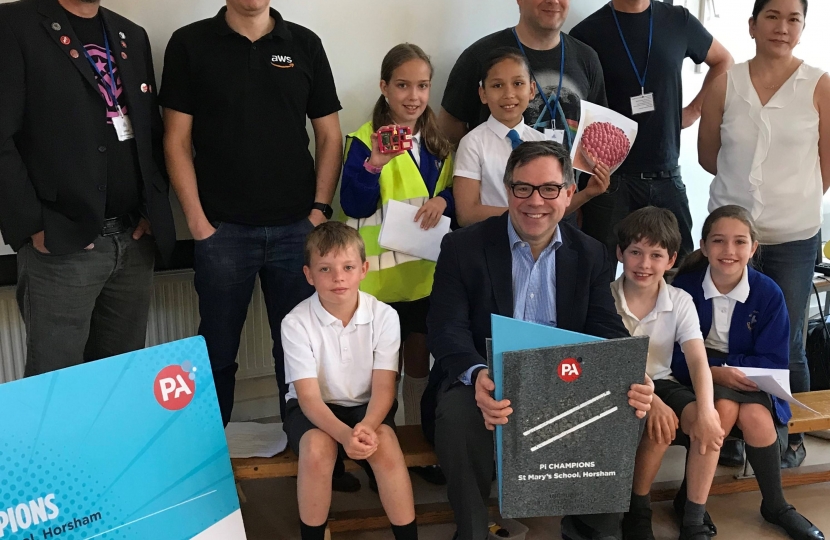 It has been another long week in politics….during the course of which the Prime Minister has announced her intention to stand down and we have had the results of the European Parliamentary Elections.

I feel deeply for the Prime Minister who is an enormously decent person and who, especially in smaller gatherings, has great warmth and humour. She stands down having failed to persuade Parliament to back the Withdrawal Agreement from the European Union which the UK Government has negotiated over the last three years.

I have consistently supported the Withdrawal Agreement. Having promised prior to the Referendum and prior to the 2017 General Election that I would respect the decision, I have repeatedly done so. The Agreement secures the UK’s withdrawal from the political and legal structures of the EU – repatriating sovereignty and ending our annual contributions. It also gets us off the bandwagon towards a united Europe which not only is the logical endpoint for the EU, it is set out as it’s objective in the Treaty of Rome to which all members are signatories.

However the Withdrawal Agreement also ensures that the UK retains incredibly close economic ties with the EU and to what is, at 360m people, the largest market for goods and services in the world.

To achieve both meant the EU had to compromise on its “four freedoms”.

“Compromise” is never easy in politics. It is however what the British pride themselves at being good at.

The division in Parliament reflects a division on this issue across the country manifested not only in the Referendum but in the results of the European Parliamentary elections. To my mind is is vital that those who wish to prevent us leaving the EU, as directed in the Referendum, recognise the genuine political, legal and constitutional concerns of those who voted to Leave. It is equally important that in leaving we do so in a way that maximises our economic well-being and this includes strong links with our nearest and largest trading partner.

In seeing increasing polarisation on this issue in U.K. politics we are not alone but part of a wider trend of more divisive politics. The European Parliamentary results across the EU have produced a more divided and less compromising Parliament than has ever been the case previously – there is no obvious route to an overall majority. Further afield, and as will no doubt be very apparent in the coming week, no one would describe President Trump as someone who inspires consensual support at home or abroad.

I believe the task of the new Prime Minister and Parliament remains to honour the result of the Referendum, a referendum the Commons voted to hold by a margin of 6 to 1. I believe it is hugely preferable for us to achieve that goal through an agreed deal which achieves not only our political but our economic objectives: that remains the core challenge.

Photo Credit: Jeremy Quin visited St Mary’s School, Horsham to congratulate the team on their fantastic achievement of being national winners in the Raspberry Pi competition: designing a “walk to school app” interest in the concept has come in from as far away as New Zealand!