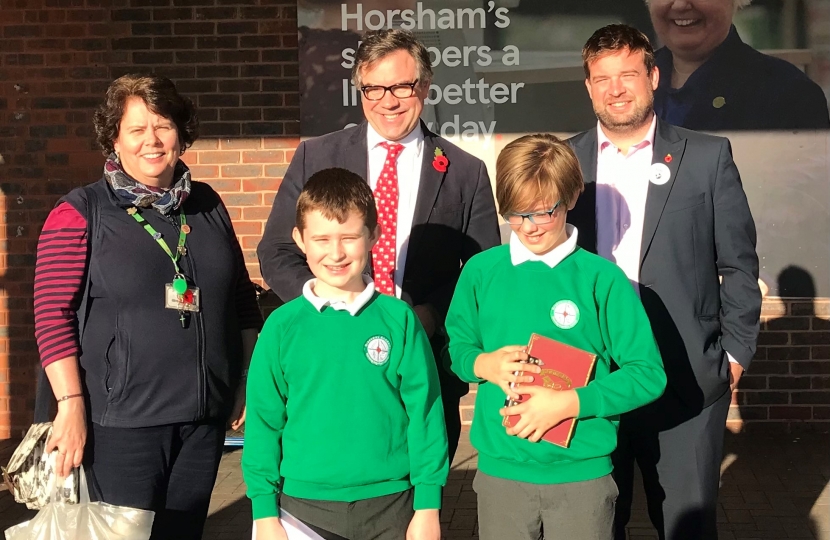 The global covid pandemic has caused so much heart ache and economic pain.  It is however really positive that as we slowly emerge the UK’s unemployment rate fell to 4.3% in October – near pre-pandemic levels – and that is despite despite the end of the furlough scheme.  The total number of jobs is nearly a quarter of a million higher than pre Covid.

This is positive news and suggests the Government’s interventions, trying to retain jobs and productive capacity have paid off. Keeping jobs afloat is good for skills and the economy but the human benefit is even greater.

However we have even greater problems to tackle than Covid.  Climate Change is happening and it’s consequences, if not checked, are immense. COP26 has made a significant contribution in that hugely important endeavour.

In order to tackle climate change we need all countries across the world to take ambitious action. When the UK took on the COP26 presidency, only 30% of the world was covered by net zero targets, this figure is now at around 90%. I am pleased that more and more countries are taking action and tackling this issue head on.

Much progress has been achieved at COP26, including through the Glasgow Pact which will accelerate efforts towards the phase down of unabated coal power and the phase out of inefficient fossil fuel subsidies.

We all hope that this agreement in practice sounds the “death knell” for coal as a source of electricity generation. All countries have also agreed to revisit and strengthen their current emissions targets for 2030 in 2022.

Climate change will affect everyone but I am most often contacted by young people concerned about the impact humanity is having on the environment. One such young person who recently wrote to me was Ivan, who was very concerned about the amount of plastic packaging used by supermarkets. We wrote to Tesco who kindly invited Ivan, his friend Matthew and their teacher to visit their Broadbridge Heath store to discuss their packaging strategy.

Many supermarkets are moving in similar directions to Tesco who have reduced the size and weight of the packaging they use in a year by more than 2000 tonnes, are recycling soft plastics which includes bread wrappers, crisp packets and pet food pouches and have introduced reusable bags for loose fruit and vegetables.

This has in large part been driven by consumer demand.  Anyone who doubts the importance of what we have set out to achieve in Glasgow need only speak to an under 18 - it’s the world they will inherit that we are creating now.

I am regularly contacted by constituents concerned about the future of our planet and our environment.

Lovely to attend a celebration and thanksgiving for the work of the Order of St John in Sussex at Arundel Cathedral. New cadets were commissioned and Ambulances accepted into service. We also thanked the retiring County President, our own Caroline Lucas of Warnham.