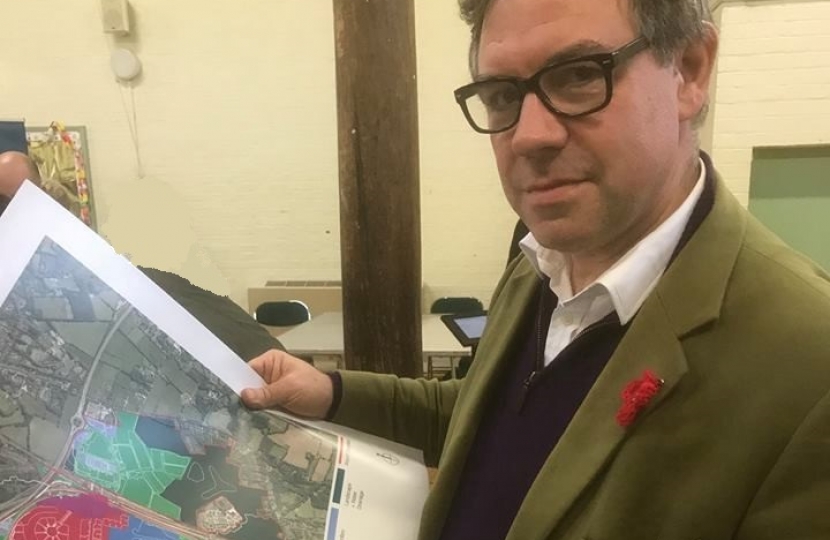 Jeremy welcomed the decision made by the Government in October 2016 to implement the recommendation of the independent Airports Commission for a new runway at Heathrow.  This site he believes is best able to serve as a national and international aviation hub, is extremely well-served by existing multiple transport links and has the locally available resources to meet the practical challenges of expansion. The Gatwick Coordination Group set out its objections to the Gatwick proposal in its response to the Airports Commission's consultation in January 2015.  These included concerns about the local infrastructure were expansion to proceed at Gatwick.

Jeremy attended the Gatwick presentation of their masterplan held in Horsham in Autumn 2018.  He is concerned that many of the same issues regarding the impact of expansion on the local infrastructure pertain to these new proposals.

Jeremy joined Crispin Blunt, chairman of Gatwick Co-Ordination Group of MPs, and Sir Nicholas Soames to meet Sir David Higgins, chairman of Gatwick Airport Limited; Stewart Wingate, the Airport’s CEO; and Tim Norwood, its Chief Planning Officer, in Parliament on 5th December for a frank discussion about their Gatwick expansion plans and the impact this will have on local transport and the environment.

Following on from this meeting and joint discussions MPs of the Gatwick Co-ordination Group (GCG), submitted a joint response to the Gatwick Airport Draft Master Plan Consultation expressing their opposition to the airport’s three expansion proposals.

One of the proposals included bringing into use the existing standby-runway.

While Jeremy, as a Government Minister, is not a member of the Co-Ordination Group he continues to take a close and active interest in this issue on behalf of constituents.

The Co-Ordimation Group’s letter sets out MPs’ concerns about the impact the expansion options could have on surrounding rail and road transport infrastructure, soft infrastructure pressures, and increased noise and air pollution. Please find a link to the letter below.