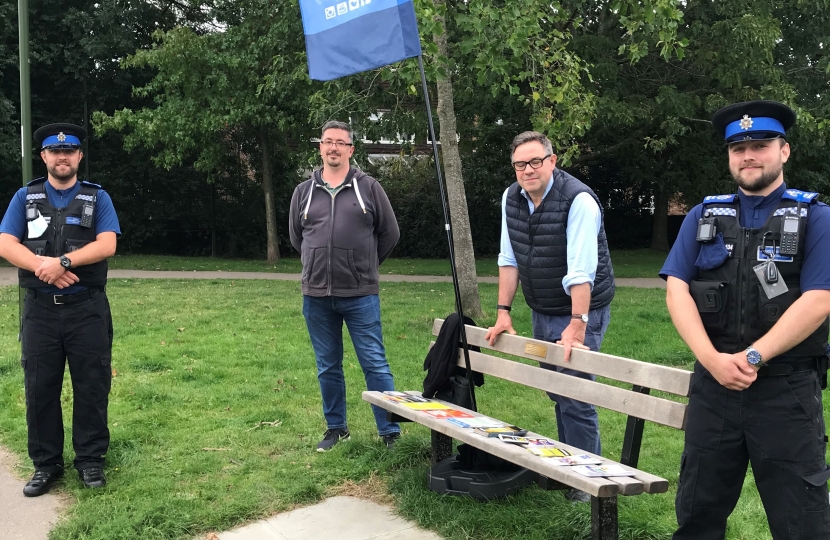 With over 67,000 meals claimed through “eat out to help out” across nearly 100 venues in our area the scheme has proved a huge success locally and nationally.  It has contributed to getting people back into our towns and villages.  Judging by Horsham this weekend this is a trend that is continuing, alongside schools returning and many offices seeing increasing numbers of employees coming in full or part time.

This is to be welcomed and in our area the incidence of Covid has in recent weeks been relatively subdued.

However we will all be aware of the spikes occurring in France and Spain - and the worrying increase in cases in the U.K.

The increase has been largely focussed on younger people.  While they are less at risk than those who are older (especially those with other illnesses) it can still be a debilitating illness with long term consequences and the evidence from elsewhere in Europe is that wider infection follows.  It is incredibly important that as some aspects of life gradually return towards normally, we stay safe.

It is equally important that the NHS is supported in preparing for the winter and the risks associated with “seasonal” flu and other pressures, alongside Covid cases.

In order to remain prepared and to help support those whose treatments were impacted by the pandemic, £3 billion of extra NHS funding has been allocated including for such tasks as maintaining the Nightingale Hospitals throughout winter and to ensure continued access to independent hospital capacity.

This funding is also being used to roll out the most comprehensive flu programme in UK history. The vaccine will be made free to those on the shielded patient list and members of their household, all school year groups up to year 7, people aged over 65, pregnant women and those with certain pre-existing conditions including at risk under 2s. In addition to this, people aged 50 to 64 will be invited later in the winter for a vaccination.

Capital funding boosts for hospital upgrades have also been allocated to support resilience and this includes £10m locally to the NHS Trusts running East Surrey, the Princess Royal, St Richard’s and Worthing Hospitals.

Progress is being made on vaccines which may provide the leap forward we need to permanently manage Covid 19.  However in the meantime - as neighbouring countries have shown - we must remain vigilant against what is an ongoing threat.

Photo Credit: Martin Boffey, Chairman of Trafalgar Neighbourhood Council, and Jeremy Quin were both in Victory Park last week to speak to Horsham Police who were talking to local residents and underlining their commitment to local neighbourhood policing.

Supporting Employment Now and in the Future

While we are glued to the data and await the decision on the next step on lifting lockdown scheduled for 14th June, it is apparent that “Step 3” of the “unlocking” which we entered on 17th May is having a beneficial effect on many businesses and employees.  Many have returned to work from furloug