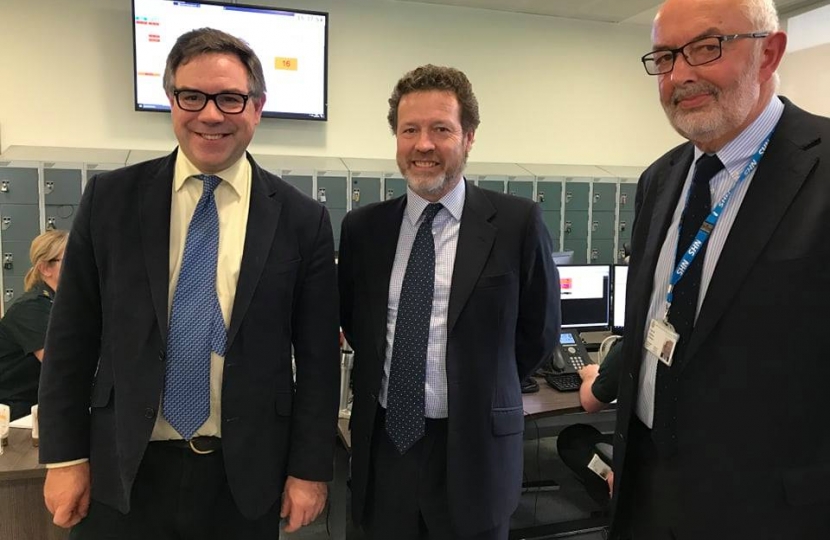 I write in the immediate aftermath of the House of Commons voting to hold an early General Election.  Subject to the Bill completing all its stages Election Day will be 12th December.

It will be the UK’s first December election in 100 years.  A decision to hold an Election, at any time, is never taken lightly.  However the current House of Commons has reached stalemate.  It is the right decision to ask the British people to confirm a clear direction for the future of our country.

Before the EU Referendum I pledged to respect the result and have done so consistently.  I want us to leave the EU on friendly terms with an agreed withdrawal agreement – I believe with the Prime Minister’s deal we have the route to do just that.

However no General Election is just about one issue – there is a huge amount to discuss on law and order, climate change, the NHS, schools and a successful economy that underpins investment and record rates of employment.  The country will have a decision to make and a very stark choice.  I am convinced we have as a country an extremely positive future and I look forward to the debate!

This week I have had, as has been the case over last four years, the privilege of meeting people who personally, or via the services they run, have a hugely positive effect on our local area.

On Friday, I met the local NHS team to discuss the provision of hospital care for patients with advanced dementia.  Patients must always come first and I recognise the importance of “centres of excellence” providing specialist care in modern, well equipped facilities.  This helps patients, the professional staff and research.  Any new plans must however address the needs of family members and patients’ emotional support. I was pleased that these are firmly recognised in the current consultation – I look forward to its conclusions.

I also met the new CEO of the South East Coast Ambulance Service. The service has been transformed in recent years and has a clear investment programme to take this forward.  Response times to the most critical cases are in line with peer groups around the country but the service is also focussed on improving times for “Category 3” patients who even if less clinically urgent must receive rapid assistance.

I met in Parliament the Head Commissioner for ICCAN, a new Government funded but independent body focussed on minimising aircraft noise.  We had a productive discussion on the work of the Commission and how it can help reduce noise blight from Gatwick.

Lastly I have formally requested that the Secretary of State considers taking a direct intervention on the proposed incinerator north of Horsham.  I was pleased with the decision by West Sussex County Council to reject the planning application, a decision that will be robustly defended at the current appeal.  The proposed incinerator also raises broader questions beyond local planning and local residents and I are determined that it should be tested at every level.

Health and Wellbeing in the Horsham Area

Jeremy is totally committed to supporting our National Health Service and ensuring we continue to enjoy excellent healthcare, free at the point of delivery. He is fully engaged locally in promoting the expansion of the NHS and the evolution of its services to meet the needs of our area and its expanding population.