Many great reasons for living in Horsham 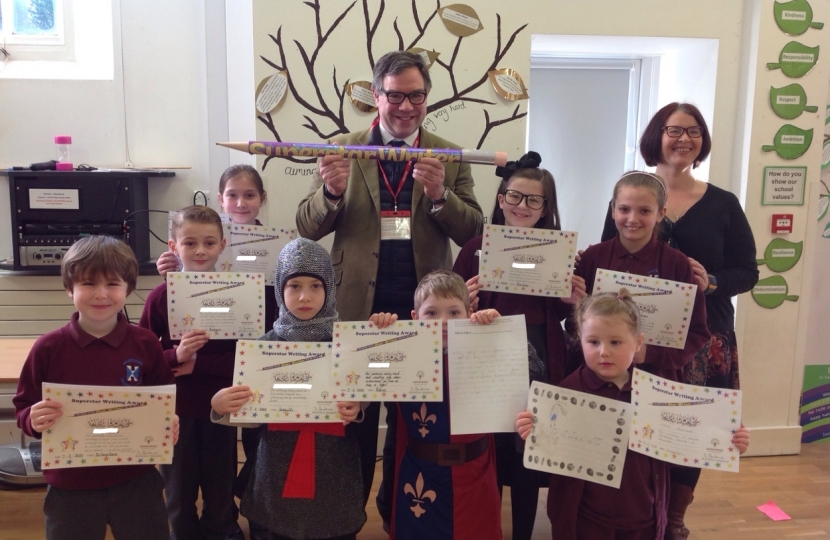 I was pleased but unsurprised to read that Horsham has been ranked the fourth best place to live in the UK in the Halifax Quality of Life Survey.

Visiting Handcross Primary School this week was a great reminder of quite how good our local schools are – Key Stage 2 results that had been relatively weak across the county have rebounded dramatically in local primaries with many excellent results. Our very well regarded secondary schools have been joined by Bohunt and Collyers was recently rated the 3rd best sixth form college in the country!

We live in an area which has high levels of employment mirrored by relatively low unemployment and, as I discussed on a visit this week to Courtyard Surgery in Horsham, local residents have longer life expectancy and relatively better general health than national (or regional) averages.

Our District boasts beautiful countryside and is rich in history and character: this week the Blue Ship pub, near Billingshurst, had its Grade II listing updated. The pub is one of only eight pubs in the UK not to have a bar counter- drinks being served through a hatch instead!

The survey bears testament to how great it is to live here – but equally makes clear why others continue to wish to do so. The pressure to build driven by the scale of population growth over the last 50 years (the largest factor over that period being our hugely increased longevity) is immense and ongoing with too many young (and not so young) people incapable of having a place of their own.

One bright spot in the survey in recent years has been the performance of districts outside the bustle of the south east. More affordable housing, lower population density (and therefore less traffic) and (like Horsham) relatively low crime rates all appeal. The Government is focussing on improving the infrastructure and sustainable investment outside the global economic powerhouse of London and the South-East. If we can secure an increase in economic activity and opportunity across the country it doesn’t only make economic and social sense it will also reduce the pressure on our much loved corner of England.

Photo caption: Jeremy Quin met pupils at Handcross School on Friday (some of whom were dressed for a medieval banquet!) and was delighted to hand out books and certificates including the ”Super Writers” who had been praised in a national competition.