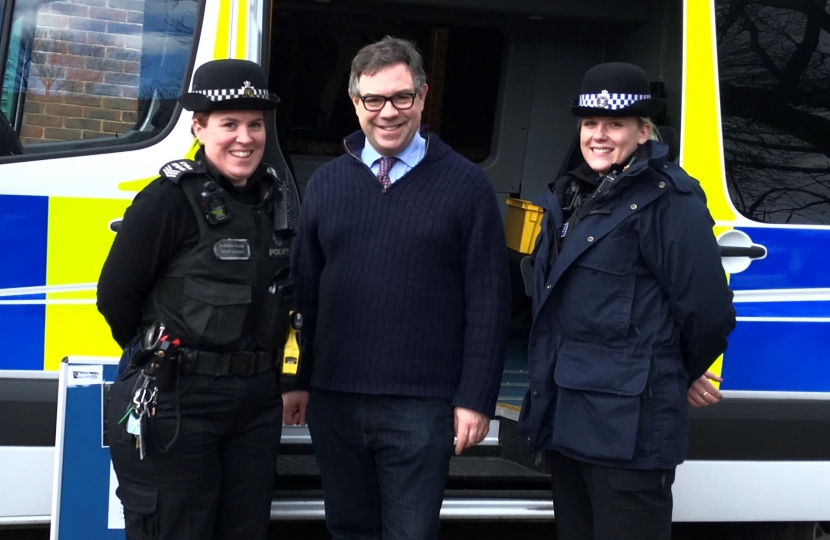 Last week, Sussex Police’s first female Chief Constable, Jo Shiner, was formally welcomed to her new role. I am very much looking forward to working with Jo, and wish to thank the outgoing Chief Constable Giles York for his service.

Statistics published last week showed that for the year ending March 2020 there was a significant overall reduction in recorded crime. This is good news, however contains a concerning a 6% increase in incidents involving knives or sharp instruments in England and Wales.

There was naturally strong regional variation, with London seeing higher instances of knife crime. But nowhere is wholly immune from this deeply corrosive crime and I was pleased that last week Sussex Police announced an additional £0.9m of Home Office funding for projects targeting serious crime.

The best way to deter crime is through the perpetrators knowing they will be caught.  That was the breakthrough in law and order back in the 1820’s when Robert Peel moved towards a uniformed police, working with the public and responding to intelligence, and away from the presumption that ever more capital crimes would prevent disorder.

This requires officers engaged and working with communities and I am pleased that we continue to see an increase in local police numbers.  Another 64 trainee recruits joined Sussex Police last month as part of a pattern of increasing numbers locally and across the country – with hundreds of new posts in Sussex.

Our officers have an excellent understanding of the area and have great local intelligence – the more they hear from the community the more effective they will be.

Crime is increasingly taking place online and Sussex Neighbourhood Watch was right to warn people again recently about social media scams. The challenges the new officers face have changed more in the last two decades than at any time in the previous 50 years. More time than ever is spent in extremely important but less visible aspect of policing – focussing on on-line or telephone scams. Similarly, the police quite rightly place greater focus than ever before on domestic abuse and its prevention, with a new team of 30 specially trained officers dealing solely with reports of domestic abuse that don’t require an immediate 999 response.

It is vitally important that our police forces are reflective of the country they serve and Sussex has, with considerable success, focussed on broadening its appeal and diversity among its new recruits. The police’s vital role requires them to have the full trust of the public. Enquiries by the Sussex Police and Crime Commissioner recently raised real concerns about the use of stop and search powers. It is vital that police interaction with every member of the public is fair and is legitimate in the way that it’s conducted.  The police are reviewing their processes around stop and search and I know that this is a priority for both the Police and Crime Commissioner Katy Borne and Chief Constable Shiner.