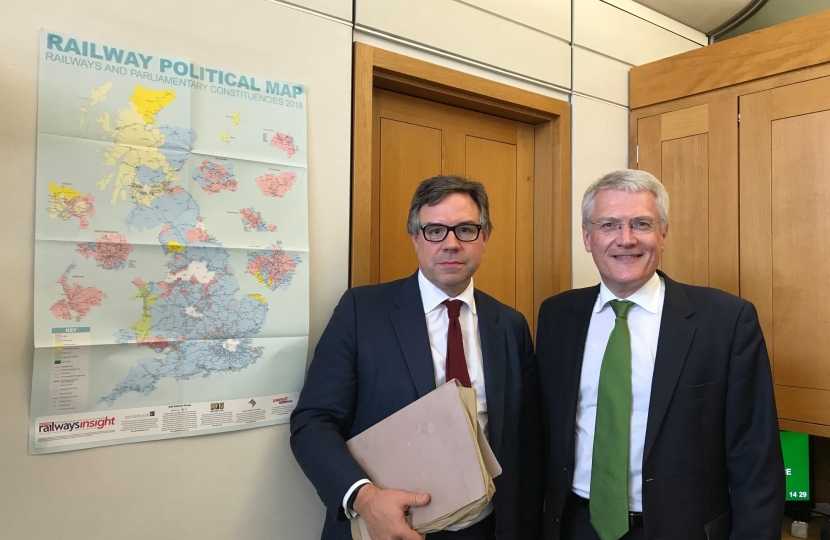 In other news from Westminster! I met the Rail Minister, Andrew Jones, and his colleagues from the Department for Transport today to press the case for better station access between Horsham and Crawley.

Both Kilnwood Vale and the proposed North of Horsham development want new stations to meet the needs of their communities.

It is indeed critical that infrastructure expands to match housing growth and I believe the meeting brought it home to the Department the potential impact on Horsham (and Crawley) traffic movements and on Horsham and Littlehaven railway station if access is not enhanced to match demand.

The meeting was helpful in the context of ongoing discussions to push this forward with Network Rail and GTR and WSCC (as the strategic transport authority).