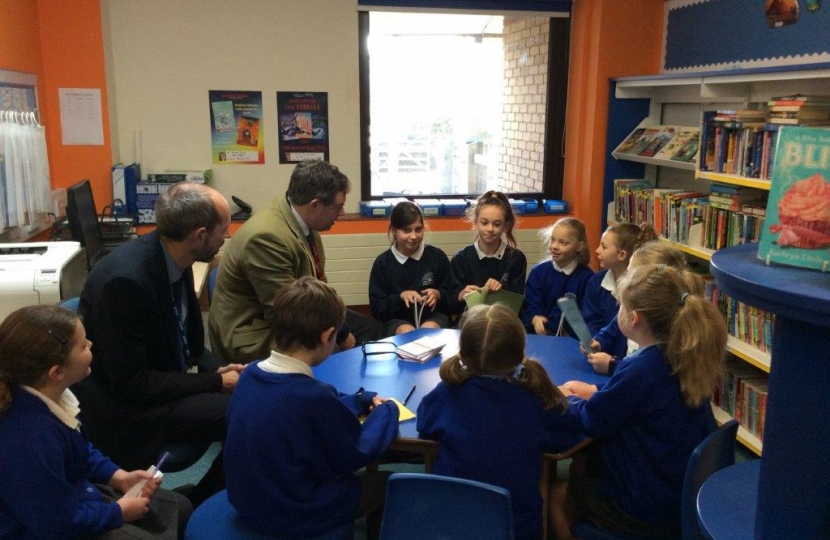 Congratulations to East Surrey Hospital’s “Surrey and Sussex Healthcare NHS Trust” which this week has been rated ‘outstanding’. This marks a major turnaround and a hugely deserved reward for the dedication of its staff.  I know that the investment into A&E in particular has been put to great use.

I am also pleased that expansion work has started at Billingshurst Surgery: it has taken a lot of effort by the team but will result in enhanced facilities for the growing community.

Unfortunately it isn’t all good news and many will have been concerned by the BBC report showing the high ratio of patients to GPs in Horsham and Mid Sussex.

I am pleased to say that despite the BBC report the last patient survey (taken in 2018) showed local practices performing above the national average on both providing appointments and the choice of appointment offered.  Everyone will have their own experience and it will vary between practices but the BBC report and patient satisfaction is not necessarily contradictory: more factors effect demand for GP appointments than the simple numbers of patients (including the general health of the population).

The BBC report does however highlight a real concern:  despite similar GP funding patterns nationally there is a particular difficulty in filling GP vacancies when these are advertised locally (the same is true across much of the South East).  There is a risk of this problem becoming more acute as GPs retire (with pension changes increasing the number of early retirements) at a time when patient numbers continue to rise.

Training new doctors requires, of course, a multi-year “lead time” and nationally we are now training more GPs than ever before:  as the BBC points out in its report “A few years ago one in 10 training places were going unfilled but last year they were all filled - in fact extra places were opened up as 3,400 people went into training”.

Increased numbers of GPs will help ensure that patients can access appointments within a reasonable time frame and the Government’s Long Term Investment Plan for the NHS puts GP services at the heart of its expansion:  primary medical and community health services are receiving a £4.5bn uplift in spending, making them the largest single beneficiary of the new NHS investment.

However while this bodes well for the medium term the local doctor-led Clinical Commissioning Group is actively looking at ways we can in short term ensure that each local practice has the ability where necessary to bolster its service including through enhanced cross-practice support.

As part of this plan the CCG are looking at the potential for Horsham Hospital to become a vibrant local integrated primary and community hub: offering treatment for minor injuries and minor illness across seven days a week and later into the evenings. This plan is still being developed but it would be an exciting way to provide additional health support to the community and back-up for GPs practices:  both nationally through training more doctors and locally through innovative planning to provide the right support the NHS is committed to enhancing its primary care.

Photo caption: Jeremy Quin visited Holbrook School last week to congratulate them on raising their KS2 results to well above the national average:  one of many great results locally.   As part of the visit the Headteacher Mr Holmes introduced Mr Quin to the School Council.