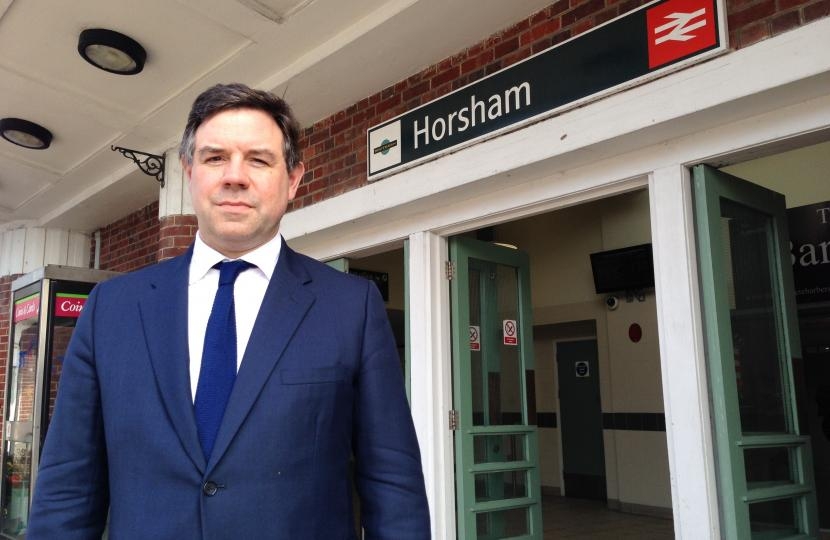 The AGM of the All Party Group on Southern Rail was held on the 24th November. The  Rail Minister, Jo Johnson, addressed the meeting and was joined by GTR and Network Rail.

Southern Rail’s performance (from a very low base) has improved markedly over the last few months but there’s much further to go.  The improvement has been reflected in my inbox but I remain keen to hear about specific issues and failings which I take up on behalf of constituents.

Following the May timetable introduction debacle our attention was primarily focussed on the planned further improvement in the timetable in December.  It appears from the discussion that lessons have been learned.  There are substantially more drivers now than in the spring, who are trained for the task ahead.  The drivers were also made aware of the details of the new December timetable on 14th September - a vast improvement on one of the failings last time round.

If the process can be completed properly and without a hitch the overall changes in the timetable locally will have delivered a genuinely improved service for passengers.

Network Rail also ran through its longer term plans for the region.  £200m of investment is planned in basic infrastructure improvements in the short term and delivering the final timetable improvements such as a Gatwick-Cambridge train every 30mins.

Beyond this the serious investment requirement is the remodelling of the Croydon area junctions.  The Brighton Mainline network is the busiest in the UK carrying 300,000 passengers every weekday on 1,700 trains,  these must all pass through the notorious bottle neck at Croydon - during rush hour approximately one train every 45 seconds.

Removing this bottle neck would be a hugely ambitious but important step.  Planning has started with a view to a decision being signed off early/mid 2020s.  The gain would be significant with the number of peak hour trains going through the junction increasing by 17 per cent and the whole region becoming more resilient and less prone to disruption.

It is the type of improvement which can significantly improve not only the capacity of the service but its performance metrics,  the APPG will be taking a close interest in the development of the plans.