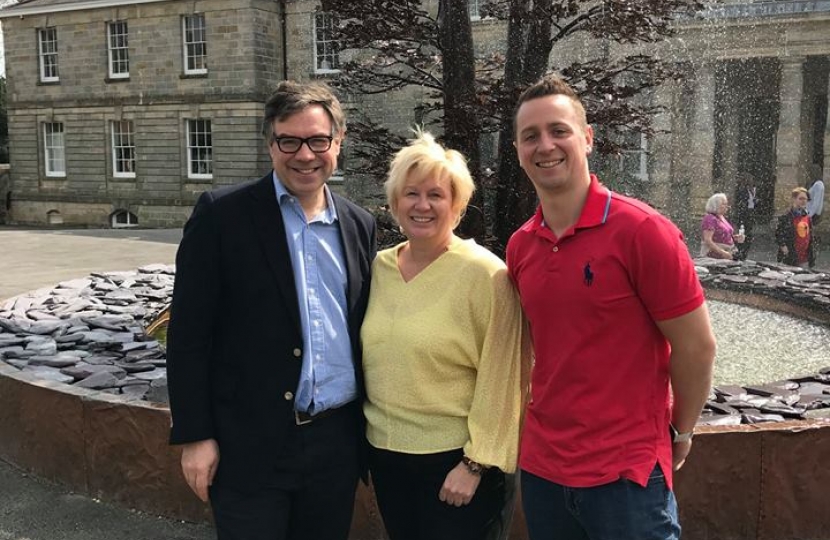 On Maundy Thursday, prior to holding one of my regular constituency surgeries, I visited the newly reopened Leonardslee Gardens and met the owners Penny and Adam Streeter.  I have met the Streeters before at their Mannings Heath Winery – which is going well and set to produce its first English sparkling wine in 2023.

Leonardslee has a unique history with the estate first being granted by Charles II to his doctor in 1685 (not a bad way to show appreciation!).  In 1852 the estate was bought by William Egerton Hubbard who built the mansion that visitors can see today.

After a period of being open to the public Leonardslee closed its doors to visitors in 2010:  five years later, in my early days as an MP, I was still receiving emails from visitors across the U.K who were saddened by the closure and hoping for a renaissance.

The Grade I gardens at Leonardslee have been lovingly restored by the present owners and are an extraordinary achievement. It was a pleasure to see the gardens with the spring displays of rhododendra and azaleas. The “Mansion” offers cream teas and dinners, which I am sure will be hugely popular with visitors.

Penny and Adam also have high hopes for the Pinotage vineyard and for Leonardslee to add to their existing Sussex output and become an important part of the thriving local wine scene.

Sussex is already home, among others, to both the Bolney and Nyetimber wine estates which have won numerous awards for their respective wines. I hope that in the years to come Leonardslee will be equally well recognised – and form part of an established “Sussex Wine trail”.

Alongside wine production, Leonardslee will be a huge boon to the local economy, employing 120, it is anticipated that ½ million people will visit annually which will benefit the local economy more widely.

It was also good to be part of Horsham’s Piazza Italia - and great to see so many enjoying our town and the cars - an event happily thriving alongside the quiet of St Marys where there was a wonderful Good Friday performance of Stainer’s “Crucifixion”.