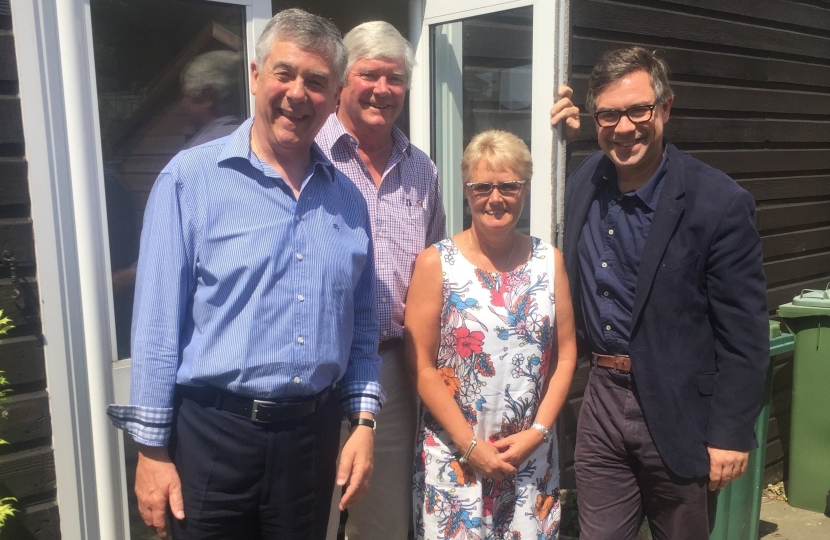 Many will have seen the recent campaigns focussing on the treatment for strokes. The condition in which the supply of blood to the brain is restricted requires urgent medical attention. As the “FAST” campaign has set out the symptoms (in the face, potentially arms and speech) and can be spotted and help must be sought immediately.

On medical advice treatment for strokes is now focussed on specialist “Hyper acute” stroke units where the very best treatment can be provided by experts in the field. In our area last year 151 patients (68 per cent of those who had a stroke) were treated at the specialist centre at Redhill A&E.

Many of those who have a stroke do so despite being hugely active and engaged in the community. Fortunately for them, and us, after a brief period of recuperation they can return to doing so again. Even with long term implications many continue at the very top of their professions – as Andrew Marr shows on our TV screens (to the discomfort of many politicians!) most Sundays.

Many though, however severe the long term impact, benefit from the support of professional and volunteer help and the support network of others who are going through similar experiences.

In Horsham we are lucky to have had (since 1979) the “Phoenix Club”. A centre formed by local volunteers to help to provide rehabilitation and practical support for carers.

Based close to Forest School the club has a Speech and an Occupational Therapist. Boasting members ranging in age from 55 to 90 years it meets regularly through the week. The club celebrates its 40th Birthday next year and advances in treatment means it is more valuable (and popular) than ever before.

The club is seeking to enhance its facilities with better access (including for wheelchair users) and private consultation rooms – increasing its facilities to match need. Raising funds for improvements while also raising funds to maintain existing services is not an easy task but a really committed team has plans of which I have no doubt we will be hearing more in the year ahead!

There is no doubt that this is a valuable facility which help meets the needs of many local people.

Photo caption: Meeting at the Phoenix Club with Don Burstow, Lesley Niven and Nigel Haverson to hear about their impressive expansion plans.