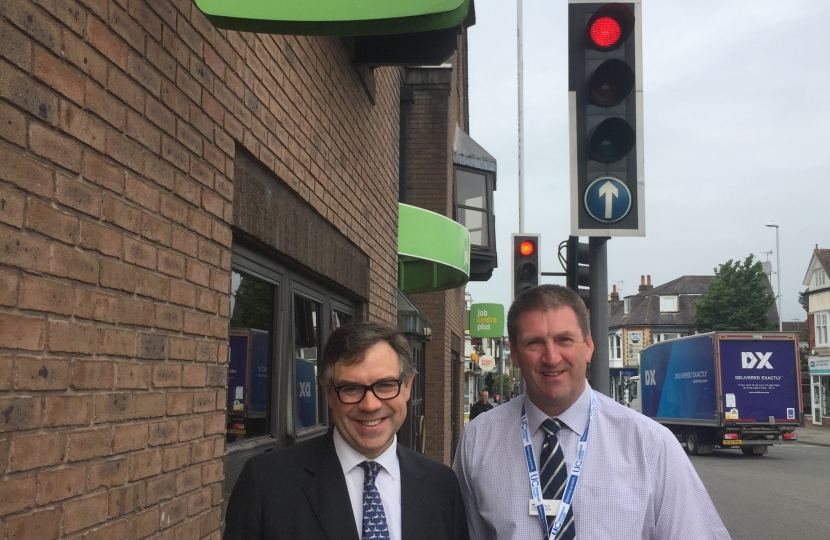 At the heart of Universal Credit is a desire to simplify what were a complex package of different benefits and to ensure that people are helped into work.  As a result there is now a single benefit paid monthly which is gradually tapered as claimants start work and increase their earnings.  Unlike the old risk of a “cliff edge” under which an increase in pay meant less money coming in to the home, total income should always go up as claimants progress in their jobs and earn more money. Universal Credit is an integral part of this Government’s support for lower earners and can be claimed even by people working over 16 hours a week.  Areas which have had UC rolled out have shown better results in getting claimants into well paid jobs.  It is part of a package of support which includes a higher minimum wage and a rise in the personal tax allowance which has taken millions of the lower paid out of income tax altogether.

Because UC has been rolled out gradually where problems have been identified these have been addressed: including shortening the wait for the first payment, increasing advances for those that need it and better help with housing support.  Personal Budgeting Support is also available to help claimants. While UC helps those who can into work, it is also there to support those who cannot. It is also designed to provide financial help with eligible childcare costs.

Because more people are covered by UC than by the previous overlapping benefits, local unemployment as measured by number of claimants will “on paper” rise – but this simply reflects the additional help being provided.  While there is no room for complacency Horsham currently enjoys one of the lowest levels of unemployment in the country and I know from previous visits and from seeing Job Centre Plus last week to discuss the roll-out that there is a huge commitment to help everyone into work with a particular focus on supporting the long term unemployed and those who have disabilities into rewarding careers.  It is important that we get UC absolutely right and I will follow its progress closely.