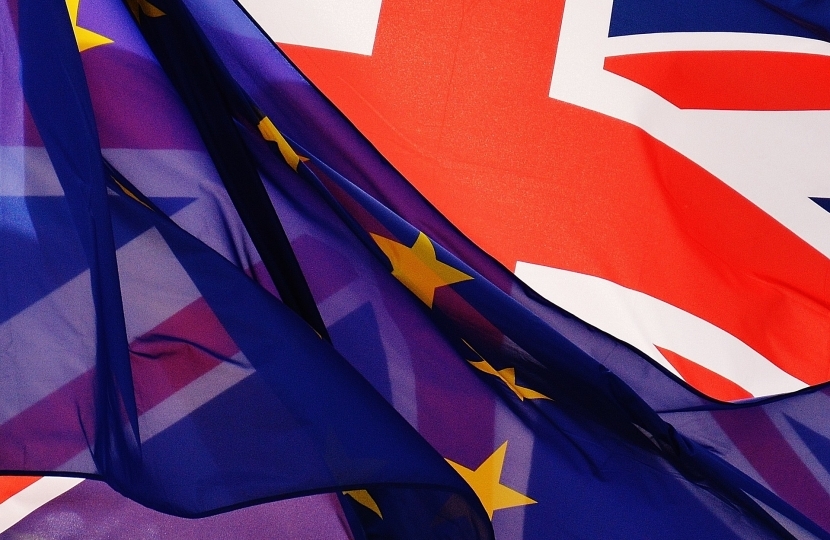 I repeated that pledge prior to my re-election as MP for Horsham in 2017.

The British people having voted to Leave.  I consistently supported and voted in favour of the Withdrawal Agreement negotiated between the EU and the UK.

I am sorry that despite many positive clarifications, which won it support, when it was finally returned to the Commons on 30th March the Withdrawal Agreement was still voted down - a course of action adopted by many Opposition MPs who in principle support a deal but whose actions in practice increased significantly the chances of a "no deal" outcome.

Had a majority of MPs voted with me on the 30th March we would by now have left the EU and, I believe, would be on the way to agreeing our future Free Trade Agreement.

I am totally supportive of the Prime Minister’s renewed efforts to secure a better deal which works for the United Kingdom and will secure a majority in Parliament.  This remains for me the optimal means to deliver Brexit.

I am pleased that in the PM’s visit yesterday to Berlin, Chancellor Merkel has shown a willingness to engage with solutions that can achieve this end.  She has pledged to “put our all” into solving the impasse.

There will be ups and downs in this process.  To achieve our deadline work needs to be conducted extremely rapidly - but it can draw on 2 years of previous negotiations.

While giving the Prime Minister the leeway the UK Government needs to secure a deal Parliament should on its return also support no deal preparations - not to be ready for all eventualities would be irresponsible.

I do not believe the early recall of Parliament, before 3rd September, as requested by some MPs, to re-rehearse the same arguments would be productive.  Parliament’s rejection of previous proposals without being able to agree on solutions has not been conducive to this process and the Government should be focussed while Parliament is in recess on striking a new deal and ensuring No Deal planning is fully in place.

I wish the Prime Minister well in attempting to secure a deal that can be delivered and in ensuring the country is prepared for all possible outcomes on our departure on 31st October.