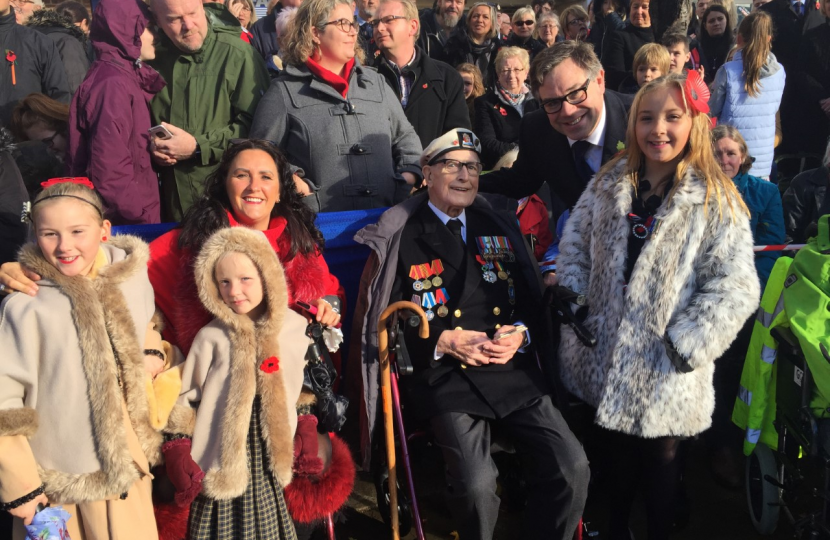 This week  marks the 75th Anniversary of Victory in Europe, VE Day.  The end of the European War though bitter conflict continued in the Far East.

It is a great sadness that the Anniversary cannot be marked as intended but we will still be coming together, albeit virtually, to celebrate the national effort that produced the victory.  On the 8th May 1945 the United Kingdom, having endured long months when with its Empire and Commonwealth it had stood alone, knew it had weathered the storm and was, finally, safe from the prospect of invasion and the terrible toll of bombing by ever more deadly weapons.  The people of this country had helped destroy a hideous regime whose atrocities were only just becoming known, in doing so they had liberated much of Europe.

The Armed Forces had suffered grievous casualties in a global conflict which included the dog fights over Kent and Sussex of the Battle of Britain,  critically retaining control of the air;  the dark days of the Battle of the Atlantic in which the Royal Navy and Merchant Marine kept the country from starvation and the intensity of the D Day landings and the Army’s  advance into Germany that helped finish the job.  All were supported by sustained national effort in intelligence, science and technology.

Churchill proclaimed  “this is your victory”, in doing so he recognised that the War was the first conflict in which our civilians had been thrown fully onto the front line.  Whilst  that generation of my family served, between them, in all three services,  largely overseas, the youngest of them, my great aunt, was on the Home Front, as a Nurse in London through the Blitz.

Twice she was bombed out of hospitals.  On the second occasion her volunteering to undertake the most dangerous duties, on the top floor, saved her life as the bomb travelled down a lift shaft to destroy her previous ward and tragically killed her best friend.  She helped her patients onto the ladders of the London Fire Brigade and out the burning building, before being directed that morning to her next hospital.

My Aunt arrived at a field hospital where they were awaiting the imminent arrival of wounded soldiers from the North Africa Campaign.  Clubbing together and using all their ingenuity the nurses ensured that every bedside table boasted a small bar of chocolate and a package of cigarettes for the wounded.

The soldiers arrived, many seriously wounded, alas not all of whom would survive.  She told me of the briefest of pauses, as the medical team realised they were looking after not British returning soldiers but German Prisoners of War:  before they all set out to provide the “very best we could offer, the same support and care as if they were our brothers, fathers or husbands.”

All who withstood those years at home or on active service overseas were, and remain, part of an extraordinary generation but I am sure that they would be very proud of what their successors are doing, in very different circumstances, to protect and care for us today.

Photo Credit: Tony Snelling and his family at Horsham’s Remembrance Day Commemorations.  Mr Snelling served with the Royal Navy in the Battle of the Atlantic, the Arctic convoys and Italian and D Day landings.  He remains one of those locally who continue to vividly recall VE Day and what it represented.

Last week the Prime Minister set out a road map through which we can very carefully return closer towards normality. It is a slow and deliberate process.