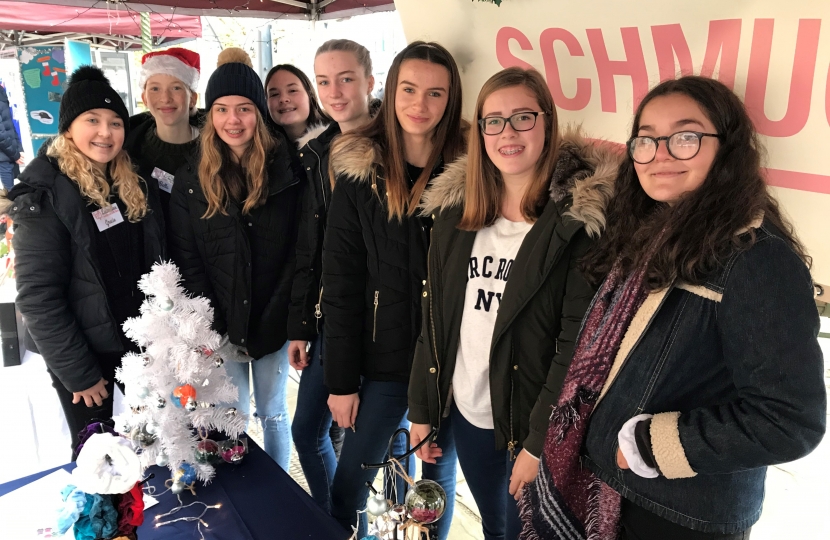 “Well at least I can start watching the news again” was the reaction of one constituent in Carfax on Saturday!  After 5 long weeks of campaigning, and the many weeks of political infighting that preceded it we can, I hope, look forward not only to Christmas but to a period of settled Government.  If Parliament can return to being a place of passionate, testing, demanding debate without some of the antics that have only served to lower its reputation over the last year so much the better and I believe this will be the case.

I was absolutely delighted to be re-elected as the MP for Horsham.  It was also good to see a strong turnout – a nearly 75 per cent showing on a day of driving rain and freezing cold was also a very positive result.

I am grateful for the stamina of the counting agents on Thursday night:  we were one of the last counts to declare (at around 7am) and it was a pleasure to reopen the Parliamentary Office in the heart of town on Friday.  During the dissolution there are no MPs and there are strict rules on how and if casework can be conducted – we are now going through all that came in over the last few weeks and I look forward to getting back to constituents as soon as possible.  You can once again contact me via my website at www.jeremyquin.com or email to jeremy.quin.mp@parliament.uk.

As we await the State Opening of the new Parliament I am also involved in “inducting” the 109 new Conservative MPs, who are bringing fresh perspectives often from parts of the UK that have not been Conservative for many years or indeed ever!   This is the largest Conservative majority since 1987.  I think the country at large has tired with division and wants a united clear sense of direction.

There is certainly a huge feeling of optimism among my colleagues.  There are many challenges ahead but I sincerely believe that the prospects of bringing the country together are far higher now we have a majority Government and a clear sense of national purpose.  We have a mandate and massive responsibility – and five years in which to deliver.

Photo Credit: As part of “Small Business Saturday” which fell during the election campaign, students from Millais were among a number of local schools and colleges participated in the “Young Enterprise Competition” which involved (literally) pitching their stall in a very cold Carfax and making sales to the public.