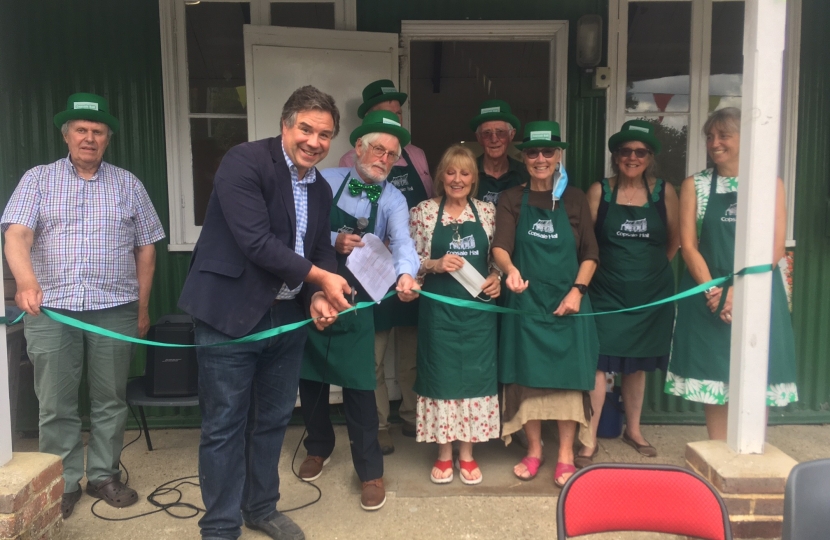 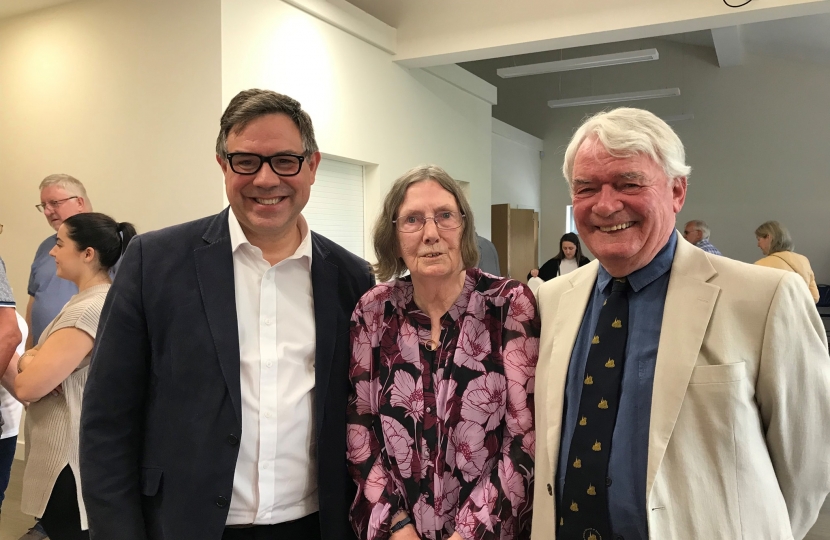 It was great to see Copsale Village Hall newly reopened and bursting with enthusiastic locals and volunteers.  It’s been a long journey but a dedicated volunteer team and Chairman Dennis Livingstone has seen through to completion the complete regeneration of the hall for the benefit of the local community.

No more will Copsale languish in the knowledge that their village hall boasted the only outside loos of any in Sussex and that their kitchen reflected the antiquity of the building!  Everything inside is state of the art but with the hard work of the local (Maplehurst) builders the essential charm and outside appearance of the former cricket pavilion is the same as it was in 1907.  (It was repurposed and delivered by train from London!)

Funds were raised locally supplemented by support from the County Council and generous grants from Biffa and the National Lottery.  When John Major launched the National Lottery it was initially derided but through it’s support for countless community projects (and our brilliant Olympic and Paralympic teams) its fully shown it’s worth.

I was at another Village Hall on Saturday, at Pease Pottage, for sadder reasons.  The local community were remembering with  gratitude the work of their local Councillor, Andrew Macnaughton, who died in office earlier this year after 34 years of service which commenced in the year of the Great Storm, the first ever Rugby World Cup and when personal mobile phones and the fall of the Berlin Wall were the stuff of dreams - 1987.  Andrew had a huge commitment to his local community and to affordable and emergency housing throughout the area.

Andrew did a great deal to secure the building of the Pease Pottage Village Hall and I was very proud to be able to announce that Parish and District Councils had renamed it the Macnaughton Hall in his honour - a very fitting tribute.

As I have written previously we have a lot to be grateful to our Councillors for - and all those who go out of their way to support their local communities.  For District Councillors the pressures can be particularly intense especially in relation to issues where views are passionately held such as, inevitably, planning.

Last month Godfrey Newman stood down from Horsham District Council after 20 years service having been elected initially in 1991.  I have always enjoyed political discussions with Godfrey and I am saddened that ill-health has required him to retire after so many years of dedicated service, I wish him well for the future.