Why Heathrow Expansion is Right for the Country 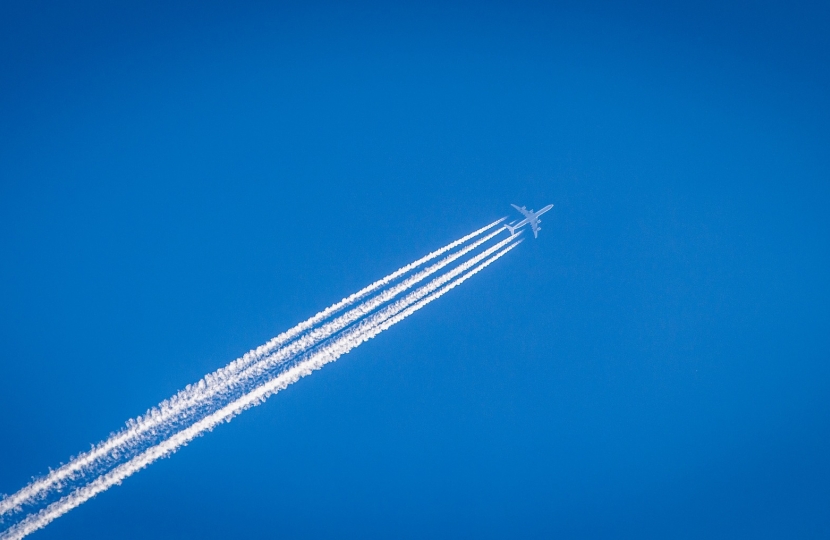 I recently wrote to a constituent to explain why I believe expansion at Heathrow is the right option for our country. Please find below an excerpt of my letter.

We need to expand capacity at Heathrow to meet our commercial needs and in particular support our economic and productivity growth.

Prior to being elected to Parliament, I regularly had to fly abroad on business and am familiar with the current options available from first-hand experience. I have also examined the independent Davis report which laid out clear recommendations. The Davies Commission in coming to its conclusion, studied this matter in depth with subsequent analysis. As I am sure you are aware, it found the building of a third runway at Heathrow to be the best option for the country. I have enclosed a copy of Sir Howard’s recent letter to MPs in light of the National Policy Statement for Airports and a statement from Airlines UK which I hope is of interest. (Please find this below).

The same conclusion has been reached by successive Governments over a protracted period of time. The economic and connectivity case for Heathrow is in my view, overwhelming.

We have not had to engage on the mitigation that we would have to enter in to had Gatwick been chosen but this would have been extensive. Unlike Heathrow which benefits from a tube line, Heathrow Express, Great Western Rail and easy road connectivity. Additionally Crossrail linking Heathrow direct with central and East London should be fully open by the end of 2019. An interchange at Old Oak Common with HS2 will connect Heathrow to the Midlands and North and proposed linkages to the Chiltern Line and the Southern Network will further bolster connectivity.

Gatwick on the other hand has one railway line (which travels through the deepest cutting in Europe).

The Gatwick Express and Southern Rail service forms part of the most congested rail service in Europe, anyone who regularly uses these services know their limitations. Our roads as you point out are already congested before doubling the number of passengers using Gatwick which would put it on a par with numbers currently using Heathrow. The simple fact is that Gatwick is on the ‘wrong’ side of London for many wishing to access an international hub – which would increase congestion not only locally but through the capital. Clearly I wish to see full employment locally but we are in a happy position of already having very low unemployment indeed compared to national statistics and West London. One of the biggest concerns I hear about from local businesses is their difficulty in recruiting locally.

Were Gatwick to be chosen tens of thousands of workers would have to commute daily from extended distances to the airport or (and potentially both) tens of thousands of new homes would need to be built locally. Given the existing pressures on our public services and infrastructure to which you refer, you will appreciate the scale of challenge that this would represent. Although I clearly would have battled for all the improvements we would have required in our area to cope with expansion at Gatwick, I strongly believe on the basis of evidence as did the independent commission, and both this Government and its Labour predecessor that expanding Heathrow is the best option in the national interest.