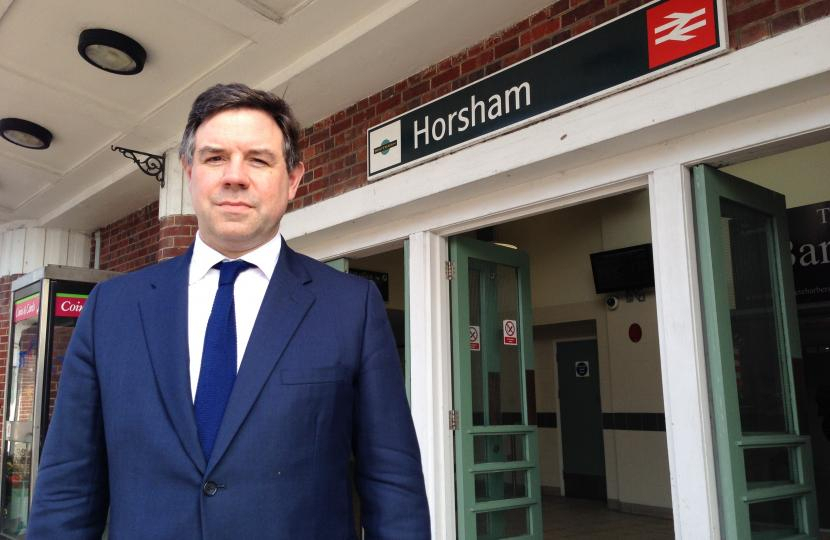 I have been contacted by several constituents about changes to the rail service from Billingshurst to London Bridge from Sunday 4th September.

Constituents have highlighted the importance of this direct commuter service to the local community and I appreciate that many are frustrated by the inconvenience of this change.

I recently raised these concerns with GTR, whose response I have included below. I do however understand that constituents would like this timetable change to be reconsidered and I have therefore written again to GTR.

From Sunday 4 September, we are making a set of changes to Southern services across the network. The context to this change is adapting the network to the financial impact of increased working from home. What we are seeking to do is provide as much peak time capacity in the busiest sections of the network as we can with the resources available.

One change is to Arun Valley services - on weekdays there is currently an 05:55 Bognor Regis to London Bridge service (06:31 Billingshurst, 06:38 Christ’s Hospital, 06:50 Horsham), and a return service at 17:02 from London Bridge. These trains join and split at Horsham to also provide a service to and from Portsmouth.

The change will also fill a current gap in departures from London Victoria towards Horsham between 16:35 and 17:35, creating a uniform half-hourly service, with a similar effect at Horsham in the AM.

As something that may be of interest, our timetable pages report average loadings from the sensors on our trains, using a colour coding, this ranges from solid green (at least 60% of seats available) through to solid red (standing room only) https://timetables.southernrailway.com/SN/#/timetables/1208/Table%20P

As can be seen at the moment, the current 17:02 from London Bridge is solid green throughout its journey, whereas its equivalent departures from London Victoria (16:35, 17:35) are standing from Clapham Junction. Using the 17:02 to create a 17:05 London Victoria departure will make a significant difference to capacity across the route. Similarly, in the AM, the change will close a gap at East Croydon between the 07:19 and 07:34 departures to London Victoria and create a uniform half-hourly service at Horsham and stations further south.

We do recognise that this will mean a change for customers travelling to London Bridge. As of 5th September, there will be twelve fast services per hour between East Croydon and London Bridge providing good connections. As a replacement to the 06:31 departure from Billingshurst, a journey planner such as www.nationalrail.co.uk will direct a customer to use the 06:31 London Victoria departure from Billingshurst, arrive at East Croydon at 07:26, and depart at 07:31 from the same platform island to arrive at 07:45, although I completely recognise this is not as convenient as the current 07:43 arrival. Customers can also change trains at locations such as Three Bridges or Gatwick Airport.