Keeping Us Safe At Home 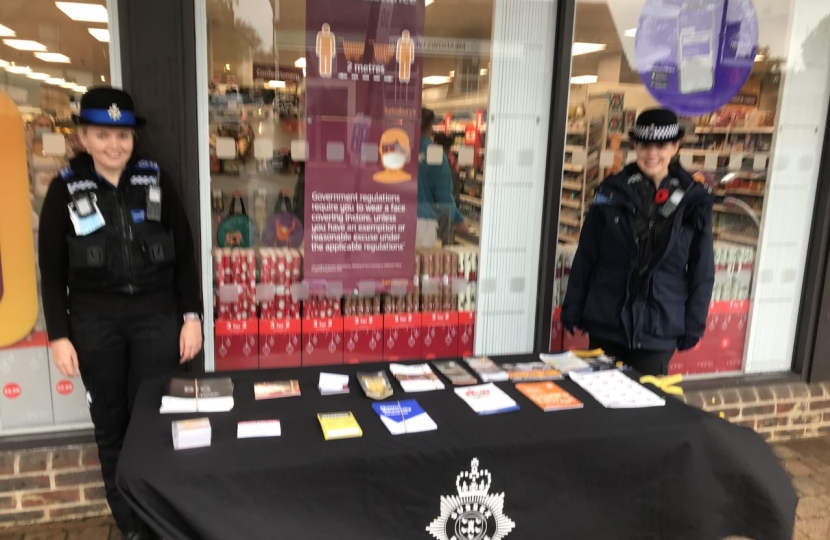 With the clocks having changed it is the time for the annual warning from the police about being safe at home.  Given the current lockdown measures we are all in any event spending more time at home but, notwithstanding this, there are precautions we can all take to help prevent crime.

It was good to meet a team of Police Officers in Billingshurst who, in the midst of a downpour, were gamely giving practical advice to residents as to how they can secure their properties and belongings during these long winter nights.

There is a wide range of advice on the Sussex Police’s website, which can be found here: https://www.sussex.police.uk/cp/crime-prevention/residential-burglary/.

The nature of policing is changing and becoming increasingly complex, with an increasing proportion of crime taking place online: it is vital that policing adapts to meet these changes.

However alongside the extra work on-line, behind closed doors, we all value seeing the police around.  This is about visibility and deterrence – including helping to remind communities how to prevent crime – whether at home or, hugely importantly, on the telephone or on-line.

A police presence also provides reassurance from other threats.  There have been recent terrorist attacks elsewhere in Europe with tragic consequences and in the context of our own heightened alert I know many will be reassured to know the police are, as sadly they have had to show in the recent past, ready for whatever challenge is presented.

All this requires resources – but there are few more important tasks than enabling us all to feel secure.

At the end of last month, it was announced that the Government’s recruitment campaign of 20,000 additional officers over the next three years is ahead of schedule. Statistics showed that almost 6,000 new officers have joined forces across England and Wales. Under the direction of Katy Bourne, our Police and Crime Commissioner, Sussex Police were “ahead of the curve” and have directly benefitted with new Police Officer and PCSO posts being created and filled.

Police forces, as part of the 2020/21 police funding settlement, will received £700 million to recruit up to 6,000 additional officers by the end of March 2021. These extra resources are so important given the range of policing activities from traffic issues (a real issue for local residents both in areas of Horsham and the villages) to occasional but deeply regrettable incidents of burglary in the town centre.