Preserving Freedom Then and Now 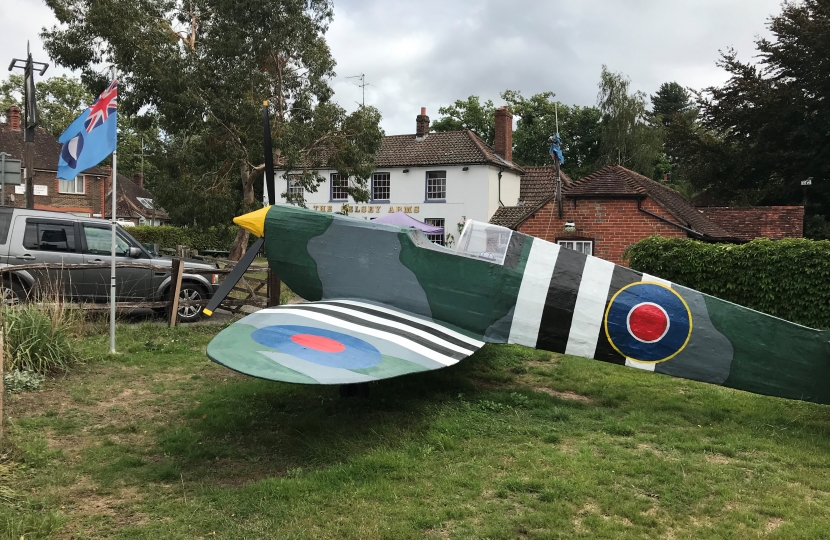 In normal times last weekend’s “Battle of Britain” Sunday would have been marked by a commemoration in Horsham’s Carfax, a parade by Horsham’s own (1015 Squadron) Air Cadets and a Civic service at St Mary’s.  It is very sad that on the 80th Anniversary none of that was possible,  although I am delighted that Horsham District Council ensured that, albeit on a quieter basis, the day was marked.

Absent the Horsham commemoration I was privileged to attend, in my Defence Minister role,  the national event in Westminster Abbey.  This was, like its Horsham equivalent, a truly moving occasion followed by a fly past by the Battle of Britain Squadron of the Royal Air Force: a Hurricane and three Spitfires flying through azure blue skies over London just as their predecessors did 80 years ago.

The importance of that battle, not just for the UK but the whole of Europe still has resonance now.  In Horsham we have links to the Polish pilots who took a gallant role in that battle and, including from Coolham, continued to be engaged throughout the conflict.

Earlier this month I represented the UK on a brief trip to Eastern Europe to promote trade and visit our troops. My Polish hosts remain very proud of their country’s contribution to the defence of Britain - and remember the desperate attempts by the RAF to supply the resistance during the Warsaw Uprising.

The role of the British military also has huge resonance in Estonia.  We maintain a UK battle group in this country as part of our NATO commitment.  There was real concern in this small Baltic state that its independence, secured once previously in the past only to be obliterated, could be erased again.  One of the Estonians I met described how when he saw British tanks arriving in his country, he wept with joy.  British troops were (and are) the visible manifestation of our collective determination to preserve peace, freedom and democracy in Europe.

We are right to remember the past and what we owe to those who fought 80 years ago, nor should we forget what our military means today to many around the world and how it’s capabilities continue to protect freedom.

Photo Credit: Even with Horsham Commemorations of the  Battle of Britain being curtailed The Selsey Arms, Coolham, a regular haunt of the RAF from nearby Coolham Airfield in the Second World War, ensures that the memories remain very much alive.

Supporting the Arts and Local Business

This time last year, many of us had enjoyed the live events put on as part of the Horsham District Year of Culture. The beauty and history of area was celebrated and exhibited through the wonderful artistic talent we have across the District.