Rishi Sunak - Why I believe he is the right choice 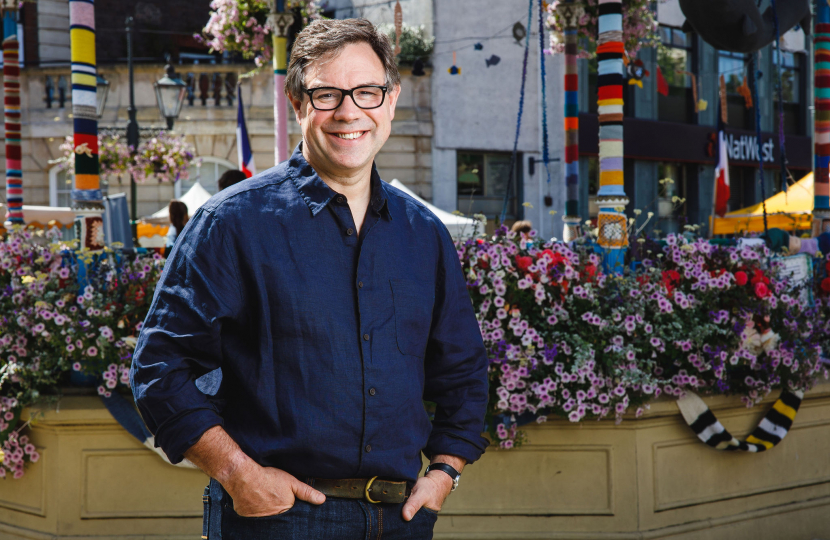 On the day of the first ballot in the Conservative Leadership I let my constituents know for whom I would be voting and why.

I explained that I would be voting for Rishi who I am delighted has made it through to the last round.

Both Liz Truss and Rishi Sunak have great attributes and would make formidable Prime Ministers.

However politics is all about making choices and I continue to believe that of the two excellent candidates Rishi represents the best choice for steering our country through uniquely difficult circumstances and to thrive in the future.

Rishi and I arrived in Parliament on the same day in 2015.  I have worked closely with him ever since.  He has the most enormous work ethic, attention to detail and intellectual capacity.  It is easy to forget in an era obsessed by image and presentation that these fundamentals really matter – he has them to a degree I have never witnessed in any other person at the front rank of politics.

I believe that good governance and process helps generate the right decisions.  This matters in schools, hospitals and businesses:  it matters just as much in Government.  I have seen him run difficult meetings at extraordinarily difficult times.  Always the master of his brief but independent of thought, he is there to listen, to consider and where necessary to challenge.  He drives solutions and sees them through.

I have seen major decisions having to be made both as a civil servant during the global financial crisis and as a Minister during Covid and the ongoing crisis in Ukraine.  To tackle crises on this scale Government needs to be innovative, to be driven, to be utterly committed to the task.  This is what I know Rishi will deliver.

To make these choices and deliver upon them requires intellect, clarity of purpose and the ability to bring colleagues together at home and (where necessary) our partners overseas. Rishi has the attributes to make that happen.  The job of Prime Minister is utterly relentless, the weight of continuous decision-making almost overwhelming.  It requires deftness, clarity, intellectual rigour and discipline. I believe Rishi is ideally suited to the challenge.  When the desperately worrying telephone calls are put through to the Prime Minister in the early hours of the morning Rishi is the individual I would want to have at the end of the line.

Rishi showed his ability during the Covid pandemic.  To extend a huge amount of support through mechanisms never previously contemplated, saving millions of jobs and thousands of businesses, so our economy could “bounce back”, showed his mettle.  To then, when the time came, rein in that financial support, as was absolutely necessary, took real political courage in the teeth of huge opposition.

We face a global economic crisis the like of which we have not seen in nearly 50 years.

Having seen him work I trust Rishi to deliver in these most challenging of circumstances.

We need to be absolutely clear about what the current circumstances entail.  Inflation is heading towards double digits.  It is being driven globally by shortages in components from the Far East, it’s effects are compounded by a desperate and appalling war on our own continent the like of which we have not seen since 1945.

It comes in the wake of decisions made in this country, rightly, to spend more on clearing our post-Covid waiting lists and to invest more for the long term in social care – both reforms that underpin the ability of our brilliant NHS to deliver in the years to come.  These are necessary investments.

I have absolutely no doubt of Rishi’s determination, as soon as he can, to cut the rate of tax.  I am equally certain that he appreciates better than anyone the economic complexities and interrelationships that confronts us as the world economy emerges from Covid.

It is no wonder to me that many senior Conservatives who came to prominence under Margaret Thatcher from Michael Howard and Peter Lilley to William Hague are supporting Rishi.

We need sound public finances and we need to get inflation under control.  We are on the path to doing both and tax cuts can and will follow.

For now however we have a battle on our hands to achieve both these immediate and critical objectives – objectives which Mrs Thatcher in her time recognised and on which she delivered.  We can have a very bright future but have to deal with the problems of the present.

In doing so we need a Prime Minister who is able to communicate and reach out.  Whether in his own North Yorkshire constituency, in the Commons, with international Heads of Government or through the media, Rishi has, I believe, an ability to connect.

Rishi has those attributes and if elected Leader of the Conservative Party I believe he will not only be a first rate Prime Minister but one who the British people will wish to re-elect to serve them at the next General Election.