A Busy Week in Horsham 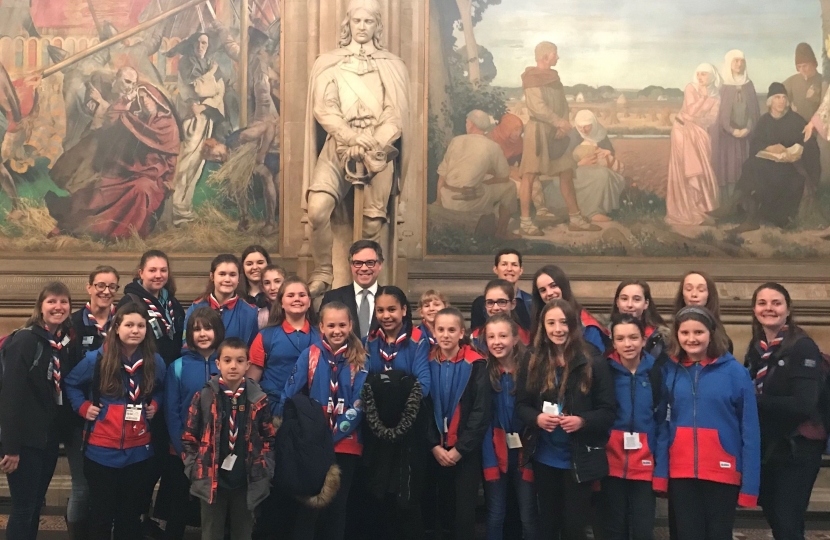 It is hugely helpful to all MPs to get back to their constituencies to get perspective!  On Friday it was a pleasure to meet Stanley White from the Ashtonleigh Residential Home, one of Britain’s oldest men.  Stanley was a fireman through the Blitz.  There were so many examples of bravery in the last war but battling a fire storm while bombs drop, unseen, through the night sky must have required a special form of courage.

I also had a very useful meeting with governors from Tanbridge.  We boast extremely good schools in Horsham, which will be joined by the new Horsham Bohunt School in September.  I always want to hear about our local schools, their aspirations and opportunities, from every angle.  I reiterated to the governors my personal commitment to Special Educational Needs.  The £250m of extra support already announced (and £100m plus for capital projects) is a significant boost and I have discussed with County how this can best be deployed locally.  I would also like the rules governing the “London Fringe” waiting looked at again:  I fear it may not have kept pace with the changes in our area and across the south-east.  It was also an opportunity to thank them for their work as governors.  I have served as a governor of both a Comprehensive and a small village school and know first-hand about the challenges but also how interesting and productive the role can be.

At the weekend I also attended a public lecture by the Education Secretary delivered at Petworth.  He clearly enjoyed being able to speak about education more broadly than Westminster debates allow.  Education Ministers see hundreds of Heads and other education professionals every year (I have attended several such meetings myself), as well as the teaching and Headteachers’ unions but he clearly enjoyed taking questions from the many local teachers who had attended on a wide range of issues.

Lastly it was good to see John and AJ from Turning Tides who work with our local homeless.  Working with HDC they have a great track record of supporting local people back into housing and I was delighted to hear that via HDC they have secured Government funding to continue their work. There are though serious questions as to how we tackle complex housing need – to which I look forward to returning.

Photo Credit: Jeremy Quin took time out before Parliament day on Monday to show the Billingshurst Girl Guides around the Commons.