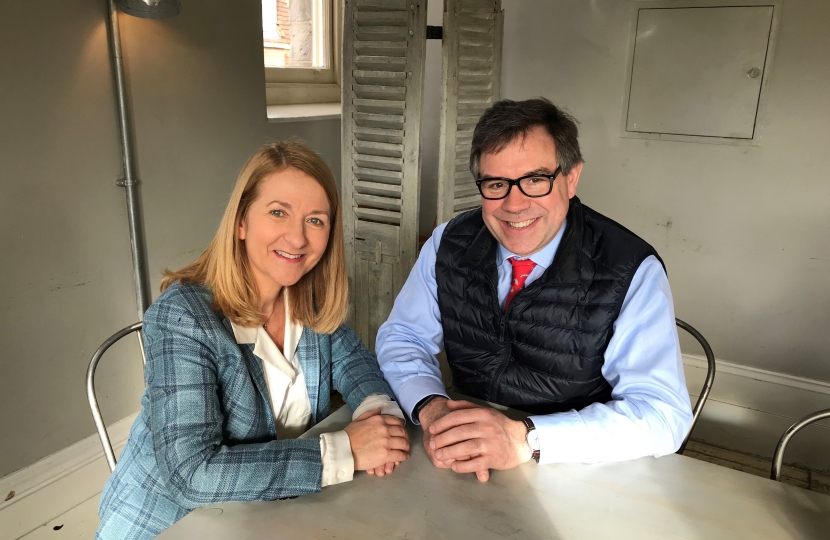 Recent meetings have included both Katy Bourne, the Police and Crime Commissioner for Horsham and Inspector Starns, the new Police Prevention Inspector for the Horsham area. I am pleased that Inspector Starns has hit the ground running and it was good to discuss with him a range of local issues.

Horsham, including in respect of the “new wave” of crime which is present across the south east, remains in a much better place than many.  The Inspector does however have a clear plan (and new resources) for making our area safer still.

Anti social behaviour and theft isn’t just an urban phenomenon.  Meeting local farmers with fellow MPs on Friday I know how keen they are for our countryside to get its fair share of policing - farms and barns feel particularly vulnerable to crime.  I hope that the increase in policing numbers will have benefits for every part of our community.

This includes certain local car owners who have been the victim of the theft of catalytic converters.  This crime has recently caused certain car owners huge cost and inconvenience.  Inspector Starns assured me that Sussex police are taking this matter very seriously and have set up a cross County operation with Surrey police to target this crime and apprehend perpetrators.

I understand from the Sussex Police and Crime Commissioner, Katy Bourne, that, in addition to her local recruitment campaign, last week saw the first cohort of police officers, funded by the Government’s 20,000 officers campaign, join policing teams across the County.

I wish these new officers the very best as they take their first steps in what is a hugely rewarding career. I look forward to the positive impact they will make in our communities.

Increased policing numbers should mean more arrests, but on the other side of that we have to ensure offenders are rehabilitated.

I recently met the Chief Executive of the Kent, Surrey and Sussex Community Rehabilitation Company. The CRC currently works with low and mid-range offenders providing them with support. These offenders may have been sentenced by the court to a community or suspended order as well as offenders who are post release or on licence.

The CRC works closely with other agencies including the National Probation Service (which manages high-risk offenders), the police and courts to reduce reoffending rates.

Our local CRC has worked well but this has not been the case in other areas. From 2021 all probation services be managed by the National Probation Service. Whatever the delivery mechanism there can be no question of the vital importance probation in rehabilitating offenders.