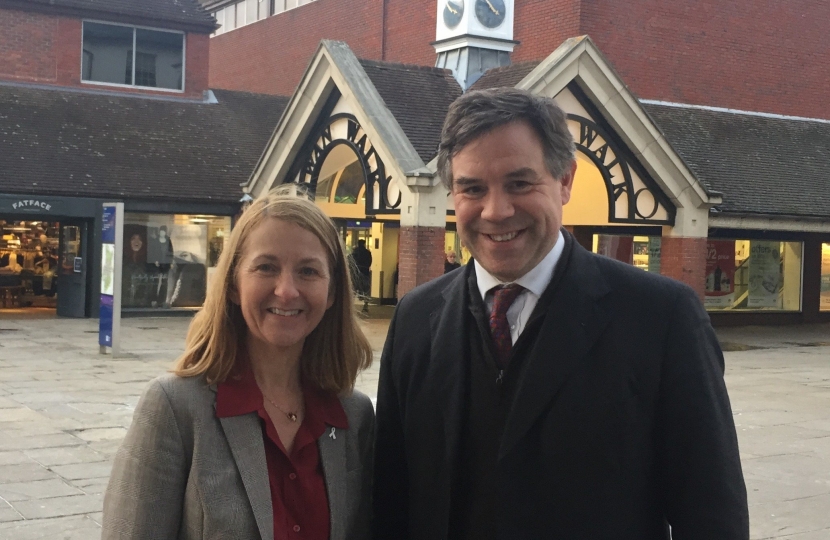 Last week I spoke out in a Commons debate on noise mitigation at Gatwick Airport. This provided an important opportunity to remind both Gatwick and the Government of the impact that aircraft noise has upon our communities.

I don’t undervalue the benefits to Horsham and the surrounding area of being situated near such a prominent international airport. It provides vital jobs and an important transport hub for the local economy, and nationally.

However, for many constituents, Gatwick can feel more of a burden than an asset. Excess noise disrupts sleep, especially in rural areas which benefit from low ambient noise. This can rub salt into the wound of additional airport-related congestion which can clog major roads and further exacerbates issues on the rail lines. Speaking in the debate, I highlighted the plight of those in the communities nearest to the airport, especially those to the West of the runway which can suffer from multiple departure routes as well as the impact of arrivals day and night.

Gatwick, operating on its exiting foorprint, is proving highly successful. An ongoing increase in passenger numbers, with an aspiration to reach 50 million passengers a year provides an extremely positive outlook for the airport. This will benefit the wider economy - but also has its downsides. Government policy is that the benefits of growth should be shared with local communities: the Minister acknowledged in the debate the role Government has to ensure that in pushing for aviation growth environmental mitigation is not neglected. Mitigations include ensuring quieter aircraft in Gatwick’s night-time movement quota. It also covers helping to ensure that noise pollution is shared and not simply the preserve of the communities immediately around the airport. As Heathrow expands measures will be implemented to reduce the impact on the West London environment of all forms of pollution: there will undoubtedlty be measures from which we can also apply locally. Spreading the benefits of airport expansion also means working with Gatwick to ensure that our infrastructure – in particular rail lines - continue to receive the investment required: a necessity to meet not only higher passenger numbers but the ongoing increase in our local population.

Photo Caption: Last week I met in Horsham with the Police and Crime Commissioner Katy Bourne for discussions which focussed in particular on issues impacting young people in Horsham and the wider community. (Photograph with Katy Bourne taken after a previous recent visit)