Heathrow - a Decision in the National Interest 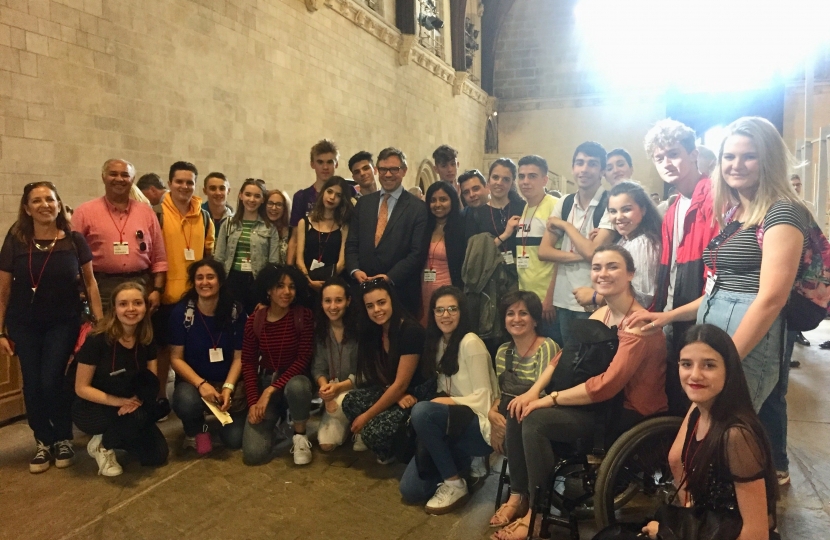 This week the Commons gave its support to adding a third runway at Heathrow.

This should conclude a debate which has been ongoing for decades.  The vote was overwhelming, 415 MPs voted in favour and 119 against.  The measure secured support across the house, being backed by a majority of both Conservative and Labour MPs.  This makes it unlikely that the decision could be reopened.

For many it was the feeling that the time had finally come.  To grow our economy – especially through trade with the non-European markets that are expected to deliver 90 per cent of future economic growth – we need the links.

The case for Heathrow as the location for that extra capacity was rooted not only in successive government decisions but in the evidence-based independent Davies report. The Report found that a third runway at Heathrow presented the strongest economic case (even before adding the benefit of Heathrow as a freight terminal) and offers the greatest strategic and domestic connectivity.

The Government is setting conditions including on night flights, regional access, compensation and pollution.  It will be Heathrow, not the taxpayer, that will pay for the expansion and related costs.

Ultimately the case for Heathrow being the best option in the national interest was clear.

To maximise the value for the whole country Heathrow’s connectivity will be further enhanced.   It already benefits from underground access, direct rail access to London and the forthcoming improved rail access to the West and to central London through cross rail.  Connectivity to the Midlands and the North will be improved via HS2 and importantly for us is expected to benefit from enhanced rail links south of London.

Having a major airport on our doorstep brings with it inevitable frustrations but also benefits.  Gatwick deserves credit for their huge success in recent years in expanding their business and evolving it into higher-yielding operations.

Given the Heathrow decision, we do not need to embark on mitigation strategies around what could otherwise have been a huge increase in our local population and impact on our transport infrastructure.  This I welcome.  It is however in the interests of our regional economy that we help Gatwick maximise their success on their existing footprint.

Photo caption: Recently meeting a large team from Collyers - including many student visitors from Spain - who it was (as ever) a pleasure to show round Parliament.