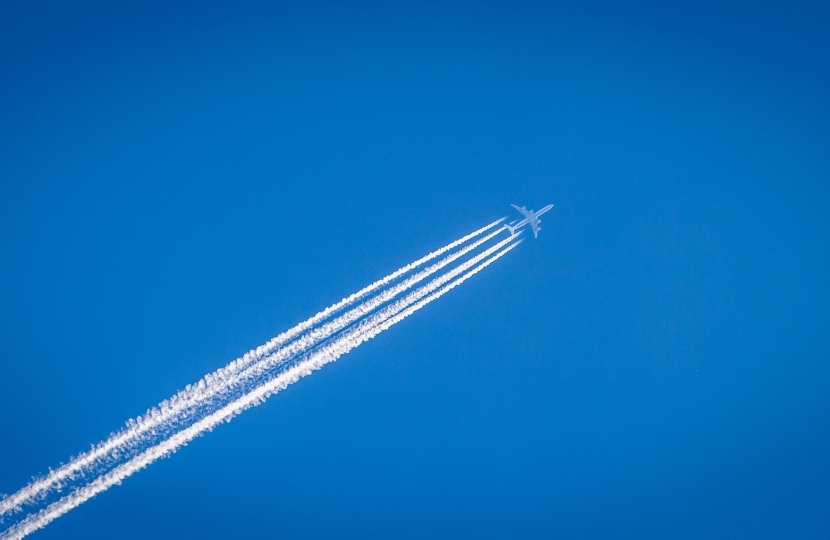 I have been closely following the actions of British Airways on behalf of constituents.  I spoke to my  Sussex colleague, Huw Merriman, the Chairman  of the  Transport Select Committee, before  he secured the Commons debate on the aviation sector and was delighted that he was able to do so.

I have also been in contact with International Airlines Group CEO, Willie Walsh, who has written to me to set out his explanation of the actions of BA and IAG at this time. Please see a copy of his email to me below.

I am deeply concerned about BA’s plans to cut 12,000 jobs and understand the worry of employees, many of whom are constituents. As I have said in past updates, I  recognise that the airline industry is facing very significant challenges with many commentators  fearing it will not return to pre-pandemic levels until 2023 at the earliest. However, making use of the unprecedented support available, such as the deferral of VAT payments, the Covid Corporate Financing Facility and of course the Coronavirus Job Retention Scheme, is clearly preferable to making employees redundant. Organisations who do decide to make employees redundant should do so with fairness. Indeed, businesses are judged by the way they behave and by the way they treat their employees, and British Airways are no different.

While BA is the  UK “flag carrier” it is not, as you know, owned  by the  Government but part of IAG, an independent holding company registered in Madrid.  Ultimately terms and conditions of employment are a matter for negotiation between employers and employees, and the Government are not part of those discussions. However, it is only reasonable to expect employers to treat employees fairly and in the spirit of partnership. I want to reassure you that the Department for Work and Pensions stands ready to help affected employees identify and access the support that is available.

I have had an opportunity to watch a recording of the debate in Parliament about aviation and thought it might be helpful if I addressed some of the questions and comments that were raised during the session. For the record, I have had no contact with the Secretary of State or the Aviation Minister except for a 25-minute conference call on March 18th which was attended by several CEOs.

Some of the statements made during the debate also reflect comments made in letters from MPs about the restructuring proposals at British Airways, including claims that British Airways is to “make its entire workforce redundant and rehire people on vastly reduced pay, terms and conditions”. These are vastly exaggerated and also Mr Quin mischaracterised as decisions that have already been made, rather than proposals over which consultation must take place.

Proposals to restructure British Airways have been developed by the British Airways management team, under the leadership of Alex Cruz, and form the basis of consultation with the elected representatives of the workforce, as required under United Kingdom employment law. The proposals are designed to address the immediate crisis, resize the company in the face of a massive decline in demand and ensure the business can survive in a radically changed environment.

British Airways has committed to consult in good faith and to evaluate all proposals that could reduce, avoid and mitigate the redundancies. It is understandably also looking to consult over changes to some terms and conditions to meet both the obvious financial and efficiency challenges it now faces. It is deeply regrettable that both Unite and GMB have, to date, refused to represent their members and engage in consultations.

There are some who believe the company is exaggerating the scale of the challenge. Nothing could be further from the truth. The situation is unprecedented. Nobody is flying. British Airways had hoped to operate about 40% of our scheduled flights in July but this has been torpedoed by the introduction of the 14-day quarantine period for people arriving into the UK. British Airways is not generating any revenues and continues to burn through approximately £20 million of cash a day. The current situation is not sustainable. The company has already taken on an additional £800 million of short-term debt to supplement its cash position. That debt must be repaid.

Finally allow me to address the issue of the Coronavirus Job Retention Scheme. Many MPs have criticised British Airways for availing of the scheme while engaging in consultation on possible redundancies. The Minister stated that it was not the intention of the scheme for companies to put staff on notice of redundancy while on furlough. This statement contradicts the guidance given by the Government which states that “you can be made redundant while on furlough or afterwards” https://www.gov.uk/guidance/check-if-you-could-be-covered-by-the-coronavirus-job-retention-scheme#while-youre-on-furlough, which would imply that any consultation over any proposed redundancies must also be lawful. The Guidance also confirms that normal employment laws continue to apply during furlough, and one would therefore expect that British Airways complies with the legislation to start and engage in collective consultation in good time. I have clarified our position on this issue in my written evidence to the Transport Select Committee. Furthermore, I can assure you that should notice of redundancy be served on an employee who is furloughed, said employee will be taken off furlough in order to serve out any period of notice.

According to the latest figures provided by the Government there are 8.7 million employees and 1.1 million employers availing of the scheme. To suggest that all 8.7 million jobs have been secured and that these workers will return to work when the scheme expires would be grossly misleading. A fundamental British value is the Rule of Law, yet British Airways has been singled out for criticism, by MPs and others, for the sole reason that they have started a collective consultation process that is required by law.

As previously stated, we find ourselves in the deepest crisis ever faced. A crisis not of our making but one which we must address. We will do everything in our power to ensure that British Airways can survive and sustain the maximum number of jobs consistent with the new reality of a changed airline industry in a severely weakened global economy.