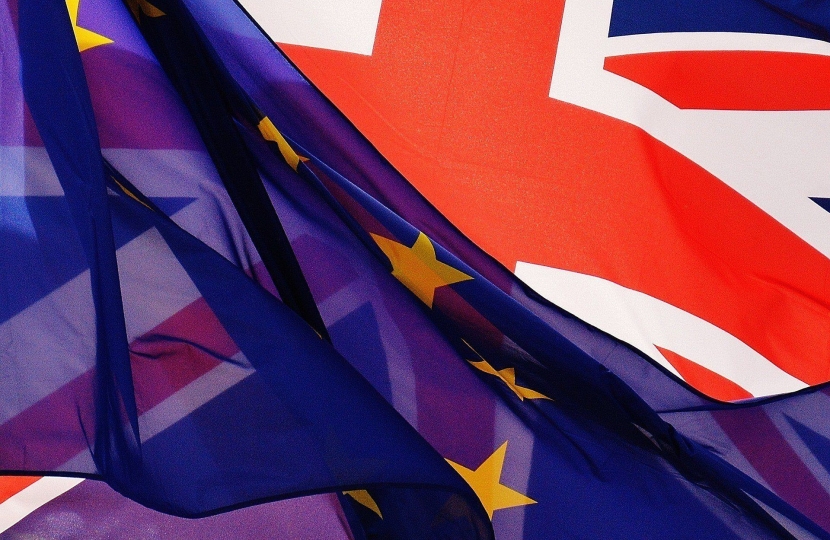 Last night the Commons rejected all five proposals put to it:

Committing to join the Customs Union and the Single Market received 261 votes.

None of the proposals received as many votes as the Prime Minister’s deal which last Friday was supported by 286 MPs.

I had warned before the start of the Indicative Vote Process (see County Times article of 28th May, below) that there was no guarantee this process would deliver a consensus.

Personally I have consistently supported the Prime Minister’s agreed deal.  This has been negotiated over two years with the EU.  I believe this is a good deal that works for the UK.

Had Parliament done likewise we would by now have left the European Union.

I am especially frustrated because supporting the Withdrawal Agreement is not the end of this process – it is the gateway to discussions on our future relationship under the Article 50 process which the EU insisted we follow (and the Commons agreed to do so).

I support the Political Declaration which sits alongside the Withdrawal Agreement and provides significant optionality to the UK in the next part of the Brexit process, thereby maximising our negotiating flexibility.  I prefer this to leaving with a pre-commitment to join either the Single Market or the Customs Union (or both) in advance of these talks even beginning: this is why I voted against both on 27th March and did so again yesterday.

Our future relationship will have to be agreed by the House of Commons following our discussions with the EU.  This is the case in any event but the Government was also explicit on the point last week in the debate on its proposal.

Supporters of the UK remaining part of the Customs Union or even the Single Market can vote  for the  implementation of the Withdrawal Agreement in the knowledge that once we are out of  the EU we can have the next debate on our  future (and would be doing so without tying the hands of the UK for the next stage of the negotiation).

Those Conservative colleagues who supported the Customs Union last night in general also supported the Withdrawal Agreement last week – there is no incompatibility.

I sincerely hope that the Government can bring back its proposal and that those Opposition MPs who have different visions of our future relationship outside the EU (but who claim to wish to honour the  Referendum result, as did the Labour Party Manifesto) vote for our departure.  If  they do not  do so we run the  risk of either never leaving (Parliament failing to honour the expressed will of the Referendum) or the European Council (or any single member state within it) taking the  decision  for us and  terminating our  relationship with No Deal (which I do not believe is the best route to us starting  our new relationship with the EU).

There will be further developments this week on which I will keep my website updated.